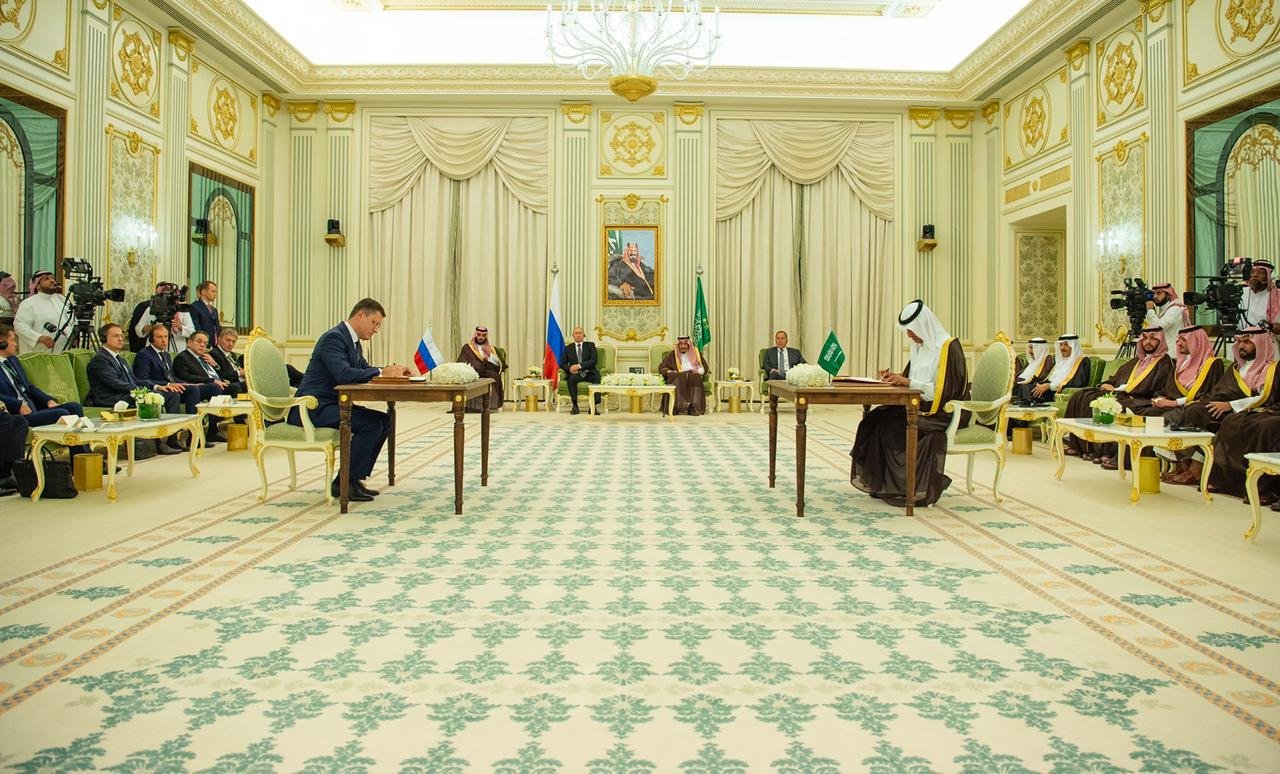 ''The Kingdom of Saudi Arabia appreciates the active role of the Russian Federation in the region and the world. We look forward to working with Your Excellency on everything that will bring security, stability and peace, confront extremism and terrorism and promote economic growth,'' said King Salman in his welcoming speech.

''The joint investment and trade opportunities between the two countries through the signing of several agreements, especially in the field of energy, will have great positive results on the interests of our countries and peoples,'' he added as quoted by Saudi Pres Agency, SPA.

0022 Custodian of the Two Holy Mosques Hold Talks with President of the Russian Federation 2 Riyadh Then, President Putin delivered a speech, in which he referred to his previous visit to the Kingdom, in 2007, during which he discussed the development of relations between the two countries, praising the role of the Custodian of the Two Holy Mosques, in consolidating Russian-Saudi cooperation, in various fields and aspects.

He stressed that the visit of the Custodian of the Two Holy Mosques to Russia, in 2017, contributed to the consolidation of relations and increased cooperation and trade exchange between the two countries.

He praised the Kingdom's important role in the economic set up of the world.

Putin also pointed to the importance of Saudi-Russian coordination to ensure security and stability, in the Middle East. saying "I am sure that without the participation of Saudi Arabia, it is impossible to secure sustainable development, in the region, and solving its problems.'' After that, they reviewed the friendly relations between the two countries, ways of enhancing and developing bilateral cooperation, in the oil field, in addition to discussing a number of international issues of common interest.

Later, King Salman and the President Putin witnessed the Saudi-Russian Energy Partnership Event for co-signing of the cooperation charter and exchanging agreements between the governments of the Kingdom of Saudi Arabia and the Russian Federation.

After that, a cooperation charter among the oil producing countries was co-signed by Prince Abdulaziz bin Salman bin Abdulaziz, Minister of Energy, and Russian Minister of Energy Alexander Novak.
Furthermore, as many as 20 agreements and memorandum of understanding were exchanged between the two countries.