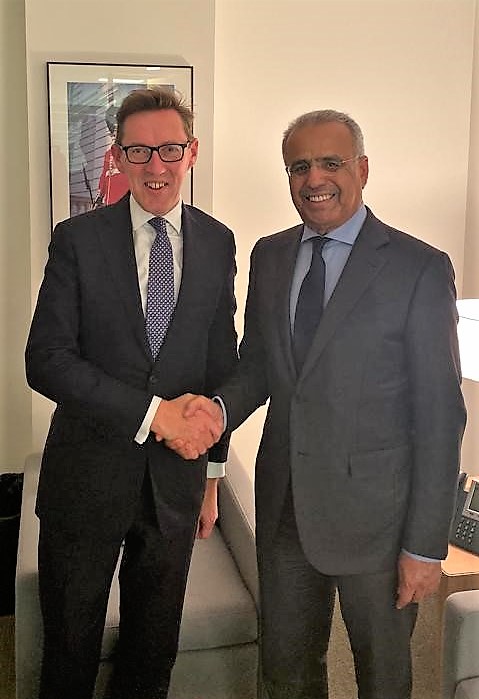 The meeting took place on Friday on the sidelines of the the annual meetings of the International Monetary Fund, IMF, and the World Bank Group, WBG, in Washington D.C.

The two sides discussed opportunities of future cooperation and means of strengthening them, especially in relation to the exchange of information for tax purposes. The latest developments related to the signing of an agreement to protect and encourage investments that would stimulate and increase the trade and investment activity between the two countries were also discussed.

Al Tayer stressed the importance of finalising the signing of the agreement to protect and encourage investments, and the need to direct and unify efforts to achieve the common interests of both countries. He said, "The UAE is looking forward to developing its bilateral relations with the British island of Jersey. We hope this meeting will further strengthen the financial, economic and trade relations between the two sides."

The UAE signed a bilateral agreement on the avoidance of double taxation with the British island of Jersey in 2016, with the aim of strengthening the frameworks of mutual cooperation in the economic and tax fields and encouraging investment and trade exchange between the two countries.