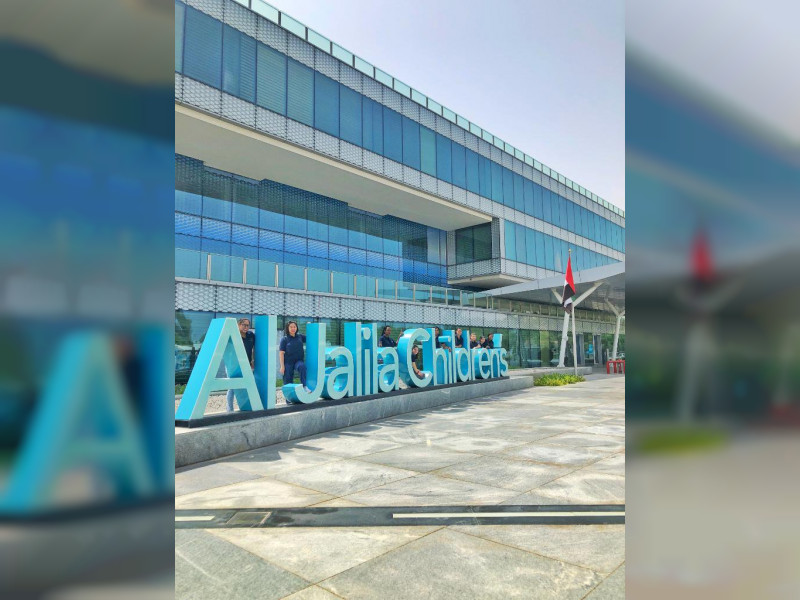 Al Jalila Children’s Genomics Centre is the only advanced genomic sequencing diagnostics in the UAE and the region with a focus on paediatric disorders. It offers a wide range of genetic testing and counselling services, thus filling a notable gap in the region for such a facility given the globally increasing demand for genetic testing.

According to studies by the World Health Organisation, WHO, genetic disorders and congenital abnormalities are generally not given the importance they deserve in countries within the Eastern Mediterranean Region, EMR.

Genetic disorders and congenital abnormalities occur in about two to five percent of all newborns, account for up to 30 percent of paediatric hospital admissions, and cause about 50 percent of childhood deaths in industrialised countries. Genetic and congenital disorders are responsible for a considerable proportion of perinatal and neonatal mortality in many countries in the region.

As part of the CAP accreditation, the genetics laboratory was subjected to a series of rigorous tests and customised checklist requirements, including looking into policies, procedures, equipment and the qualifications of the medical team working at the centre, in addition to other technical requirements.

Commenting on the announcement, Dr. Abdulla Al Khayat, CEO of Al Jalila Children’s, said, "We are very pleased with this achievement. The CAP accreditation is well deserved as we worked towards ensuring the Genomics Centre and especially its laboratory was state-of-the-art and on par with genetic testing services available globally. It means that a huge number of samples being sent out of the UAE currently can now be tested at the Al Jalila Children’s Genomics Centre with a turnaround time as less as 48 hours in some cases."

Hany Alfy, International Region Leader – Middle East at CAP, said, "For 70 years now, the College of American Pathologists has worked closely with its partners to serve patients, pathologists, and the public by fostering and advocating excellence in the practice of pathology and laboratory medicine worldwide."

"We are very pleased to have Al Jalila Children’s Genomic Laboratory as a new member of our big family," he continued, adding, "we are confident that, with what our inspectors saw while visiting the facility, the quality of its services are on par with global standards, and the lab will be pivotal in helping the children of the UAE and the region to a healthier future."

Services offered at the Genomics Centre include a genetic counselling core to assist clinicians and families in understanding all aspects of genetic testing such as ordering, billing, consenting, recurrence risk assessment, result disclosure, and family planning.