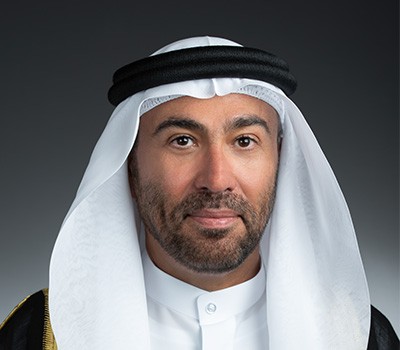 ABU DHABI, 7th November, 2019 (WAM) -- The 19th Ministerial Council of the Indian Ocean Rim Association, IORA, concluded here today with the United Arab Emirates, as incoming chairman, committing to focus over the next two years on Maritime Safety and Security, Trade and Investment Facilitation and Tourism and Cultural Exchange.

Addressing a press conference after the conclusion of the meeting, the head of the UAE delegation, Minister of State Ahmed Al Sayegh, added that there would also be activity related to the Blue Economy and Women’s Economic Empowerment.

"As the UAE assumes the Chairmanship of IORA," he said, "we hope to consolidate and build upon the Association’s many successes through our theme of "Promoting a Shared Destiny and Path to Prosperity in the Indian Ocean."

During the Council meeting, the UAE announced its intention to reinvigorate the long-held goal of an IORA Development Fund. This, Al Sayegh said, "was received with great enthusiasm by my ministerial colleagues, and as we look to the next two years of our Chairmanship, we will be looking at how to best empower the region, and ensure our shared future prosperity. "

Noting that the UAE was already an important development partner in the region, he added: "I hope that by bringing this collaborative, multilateral effort forward, there will be opportunities to boost inclusive growth, and narrow the gap between those advanced economies and Least Developed Countries of IORA."

Consultations are under way, he said, on how the proposed Fund could best be structured and brought into operation. The UAE, Al Sayegh added, "can make substantial contributions in terms of its expertise in renewable energies and tourism. I also hope that the Fund might include investments in other key blue economy pillars, which include fisheries and aquaculture, seaports and shipping, offshore hydrocarbons and seabed minerals, and marine biotechnology."

"The UAE wishes to leave a lasting legacy for IORA. A legacy that not only allows IORA to fulfil its potential as a globally significant regional organisation, but one that brings our countries together in the spirit of cooperation," Al Sayegh said.

One area of co-operation, Dr. Naledi Pandor, South Africa’s Minister of International Relations and Co-operation, told the press conference, could be in terms of the preservation of biodiversity.

Noting that South Africa was ranked seventh in the world in terms of its biodiversity, Pandor, IORA’s outgoing chairman, called for more collaboration between scientific institutions and organisations in member countries.

Echoing her remarks, Al Sayegh noted that in the UAE a commitment to conservation, a recognition of the importance of biodiversity and protection of the environment are part of the legacy of the late Sheikh Zayed. Noting the UAE’s policy that all development in the UAE should be sustainable, Al Sayegh stressed the importance of research, to allow evidence-based solutions to be found, and welcomed ideas for greater collaboration between scientific institutions in the IORA countries.