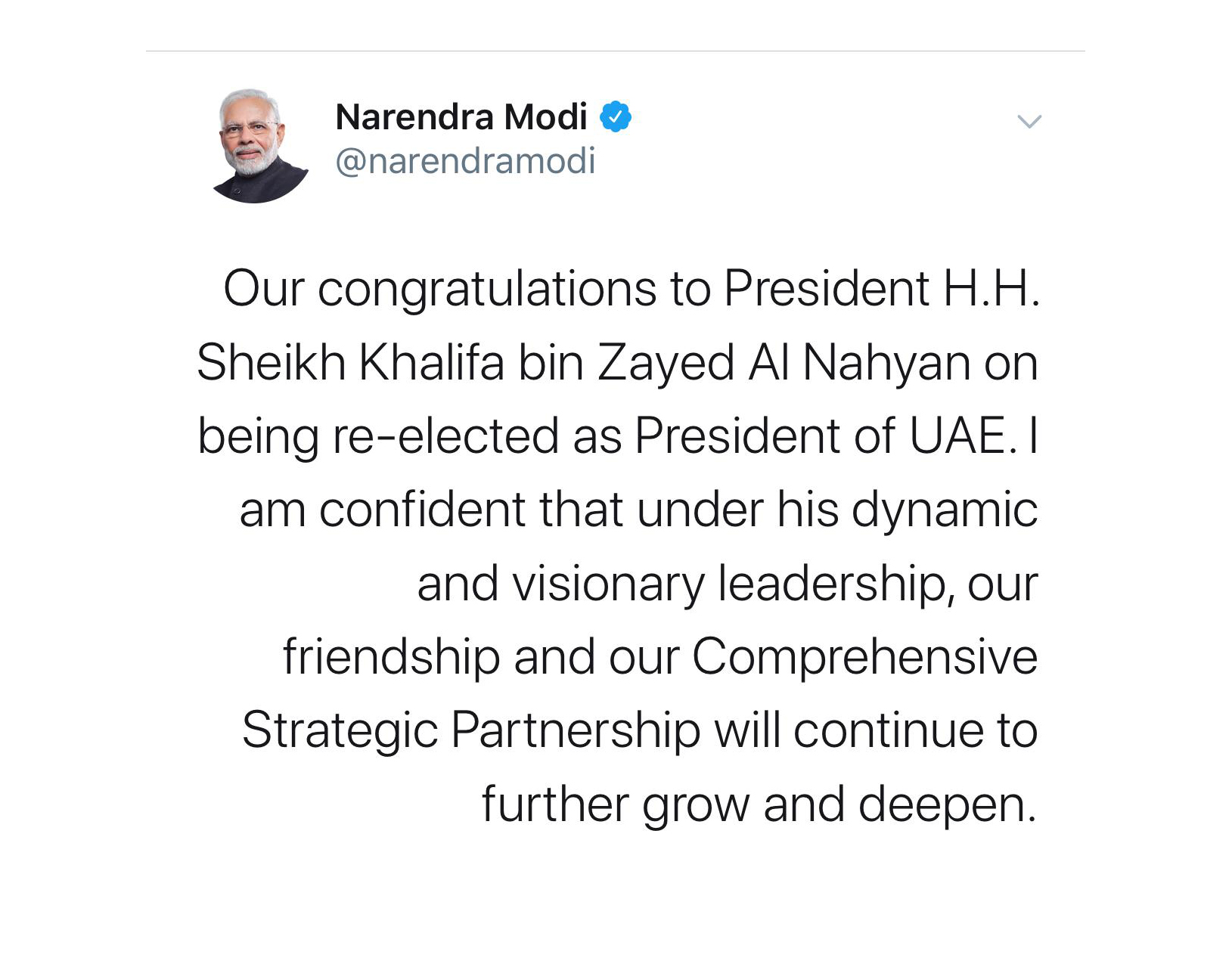 ''Our congratulations to President H.H. Sheikh Khalifa bin Zayed Al Nahyan on being re-elected as President of UAE. I am confident that under his dynamic and visionary leadership, our friendship and our Comprehensive Strategic Partnership will continue to further grow and deepen,'' said Narendra Modi in a message of congratulations on his Twitter account.