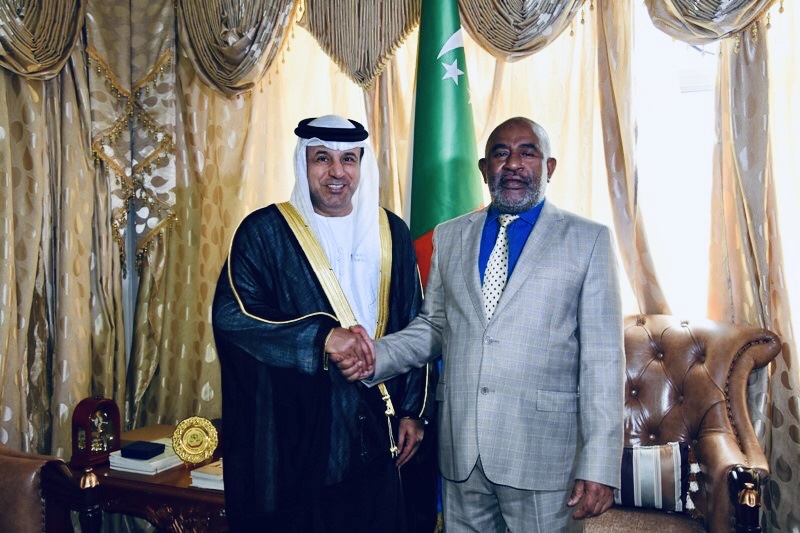 During the meeting, President Assoumani praised the UAE's assistance to his country in efforts to boost its economic and social development by launching several important projects that serve the local community in the housing, electricity, water, healthcare and education sectors. This support has come under the auspices of the Emirates Red Crescent, Abu Dhabi Fund for Development, and Khalifa bin Zayed Al Nahyan Foundation.

Currently, the UAE is implementing a number of development projects in Comoros, some of which have been completed and others that will be launched in the near future.