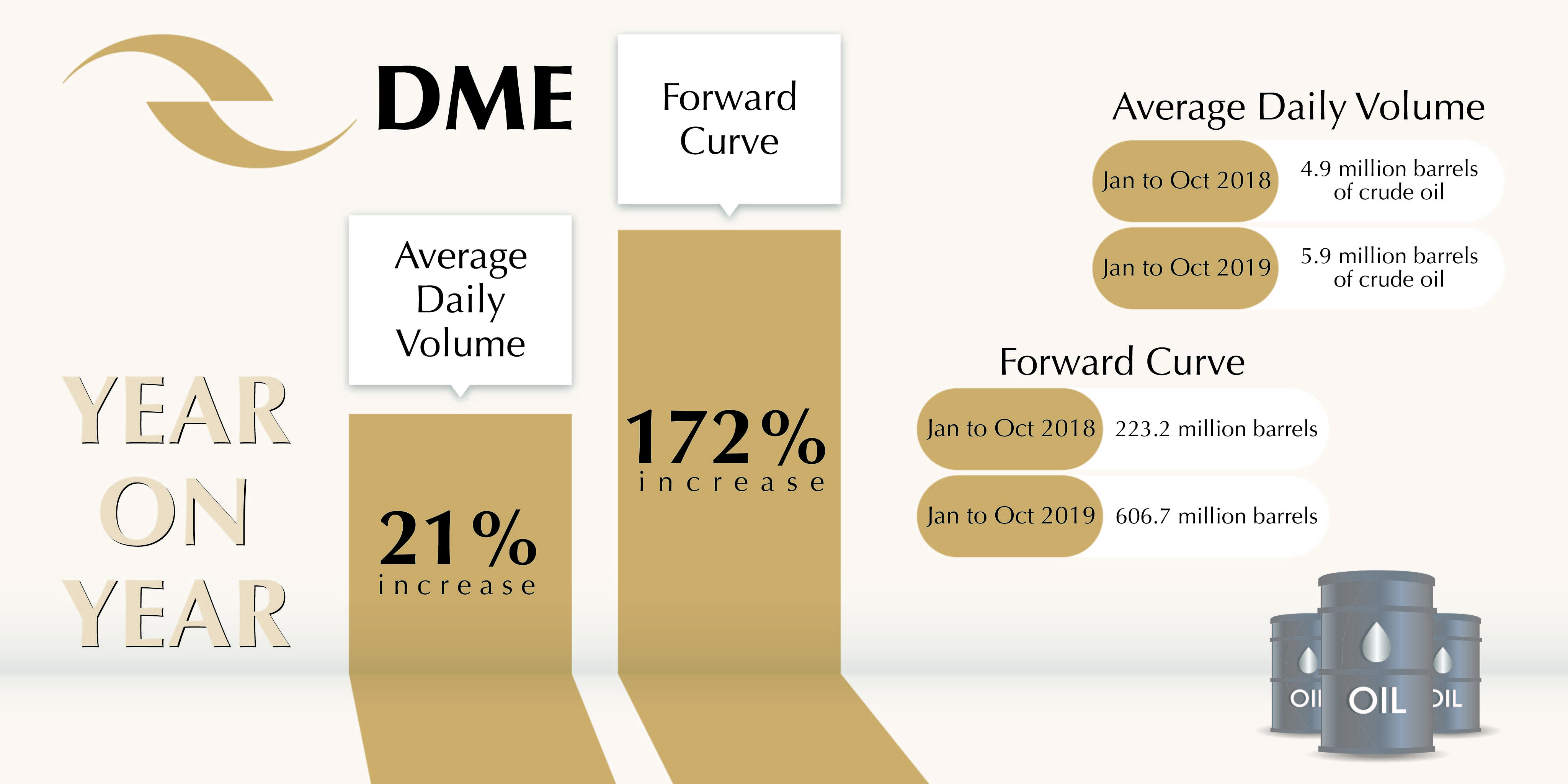 "We are witnessing a growing interest among crude oil sellers and buyers to trade and participate in the price discovery through DME, the only regulated energy exchange in the biggest oil-producing regions," Raid Al-Salami, Managing Director of DME, said.

He added that DME today plays a major role as the most reliable pricing point for Middle Eastern crude oil going East, due to its growing and diversified customer base, the transparency of DME Oman benchmark and its ability to capture the real supply-demand situation in the East of Suez market. "The tremendous growth we experienced over the first 10 months of the year is a true testimony to our unmatched credentials."

DME delivers between 15 and 22 million barrels of Oman crude every month. A wide range of customers lift physical Oman crude via the Exchange delivery mechanism, shipping the oil to refineries across Asia.