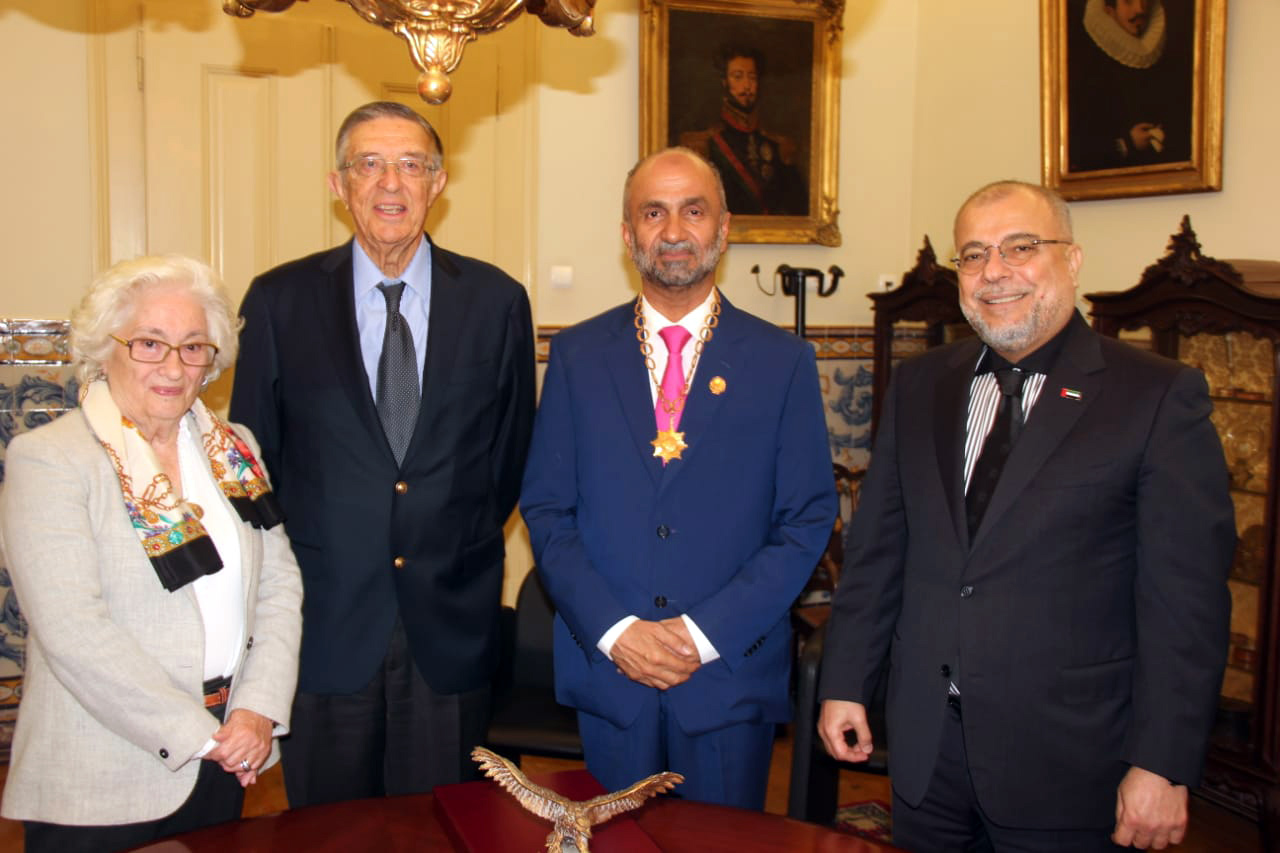 The event, which was held at the academy’s headquarters in Lisbon, was attended by Mousa Abdul Wahid Al Khaja, the UAE Ambassador to Portugal. Al Jarwan is the third Arab personality to receive the award.

Al Jarwan thanked Dr. Salema and the academy for awarding him the medal while praising the academy’s local and international work.

Al Jarwan also signed a cooperation agreement with the academy to encourage scientific cooperation and support the efforts to spread tolerance and peace in Portugal and around the world.