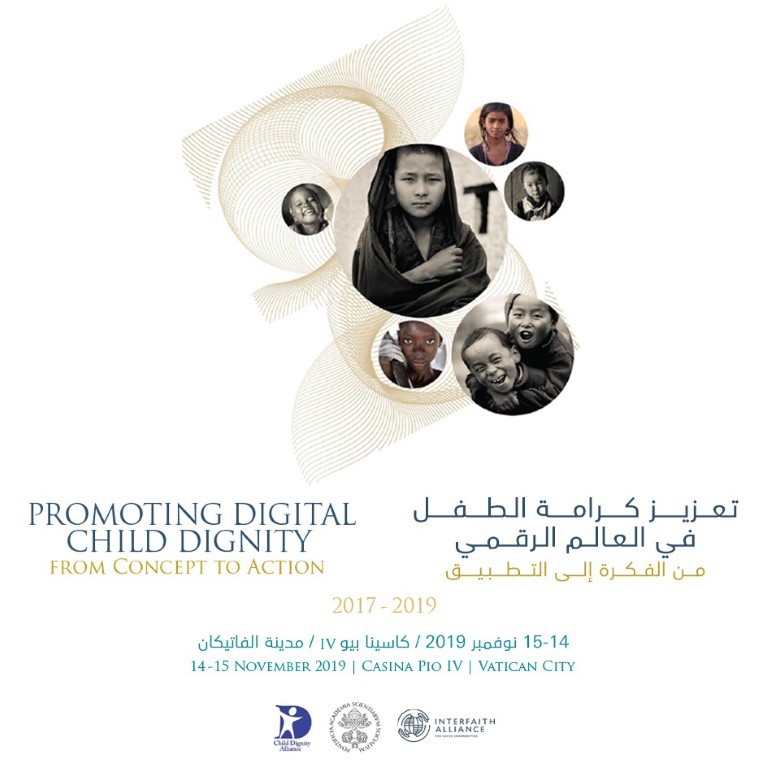 On the occasion of the 30th Anniversary of the Convention on the Rights of the Child, the Pontifical Academy of Social Sciences,PASS, representatives of the United Arab Emirates Government, and the Child Dignity Alliance, will co-host the joint ecumenical meeting on the protection of children in the digital world and the responsibility of the religious communities.

The conference is organised under the patronage of His highness Sheikh Mohamed bin Zayed Al Nahyan, Crown Prince of Abu Dhabi and Deputy Supreme Commander of the UAE Armed Forces, with the presence of His Holiness Pope Francis, Head of the Catholic Church, and His Eminence Dr. Ahmad el-Tayeb, Grand Imam of Al Azhar Al Sharif.

Sheikh Saif will speak in Vatican with a large international presence, including the Swedish Queen Silvia, and a galaxy of important religious leaders from different communities, experts, academics, policy makers, and technology industry leaders, to reaffirm the UAE's commitment and support for its wise leadership to the good international efforts in promoting human fraternity and global solidarity and spreading the principles of peace and fraternity in the world, and the pivotal role of the UAE in promoting peaceful dialogue, through its pioneering model of consolidating the values of moderation and peaceful coexistence among the peoples of the world.

Pope Francis will also address the gathering, urging the international community to support human fraternity and holding such forums and conferences for enhancing the protection of communities. As the guest of honor, the Grand Imam of Al Azhar Al Sharif, will also address the two-day summit held at Headquarters of the Pontifical Academy of Social Sciences, PASS.

The UAE, which hosted the first conference of the Interfaith Alliance in 2018, as the most important international supporters of these good efforts and was among the first countries that were keen to host and strengthen the role of influential religious leaders in supporting efforts to strengthen security and stability of the community and fight crimes.

The UAE continued to support international efforts to protect society and the family by building and strengthening common human values of noble values and principles, and supporting the efforts of religious leaders around the world to consolidate community cohesion and build positive values, especially in the fight against exploitation and extortion.

The summit, which is attended by more than 80 international personalities, is a continuation of the global work in the fields of strengthening international efforts and unifying and benefiting from cross-border cooperation, including the ''Document on Human Fraternity for World Peace and Living Together'', signed by Pope Francis and Dr. Ahmad el-Tayeb, in Abu Dhabi in February 2019 in the UAE capital Abu Dhabi.

Pope Francis has been part of a global effort to protect the dignity of the child in the digital world several times, including his recent visit to Abu Dhabi, when he referred to the ''Abu Dhabi Declaration'' in his speeches, and the importance of the Document on Human Fraternity.

The Summit also seeks to implement common global perspectives to develop and implement initiatives for tolerance and religious rapprochement and to strengthen the role of religious leaders such as the Interfaith Alliance For Safer Communities: Child Dignity in the Digital World Forum, held in Abu Dhabi in 2018, and the Abu Dhabi Declaration, and the outcome of the 2017 World Digital Child Dignity meeting, which ended with the Rome Declaration.