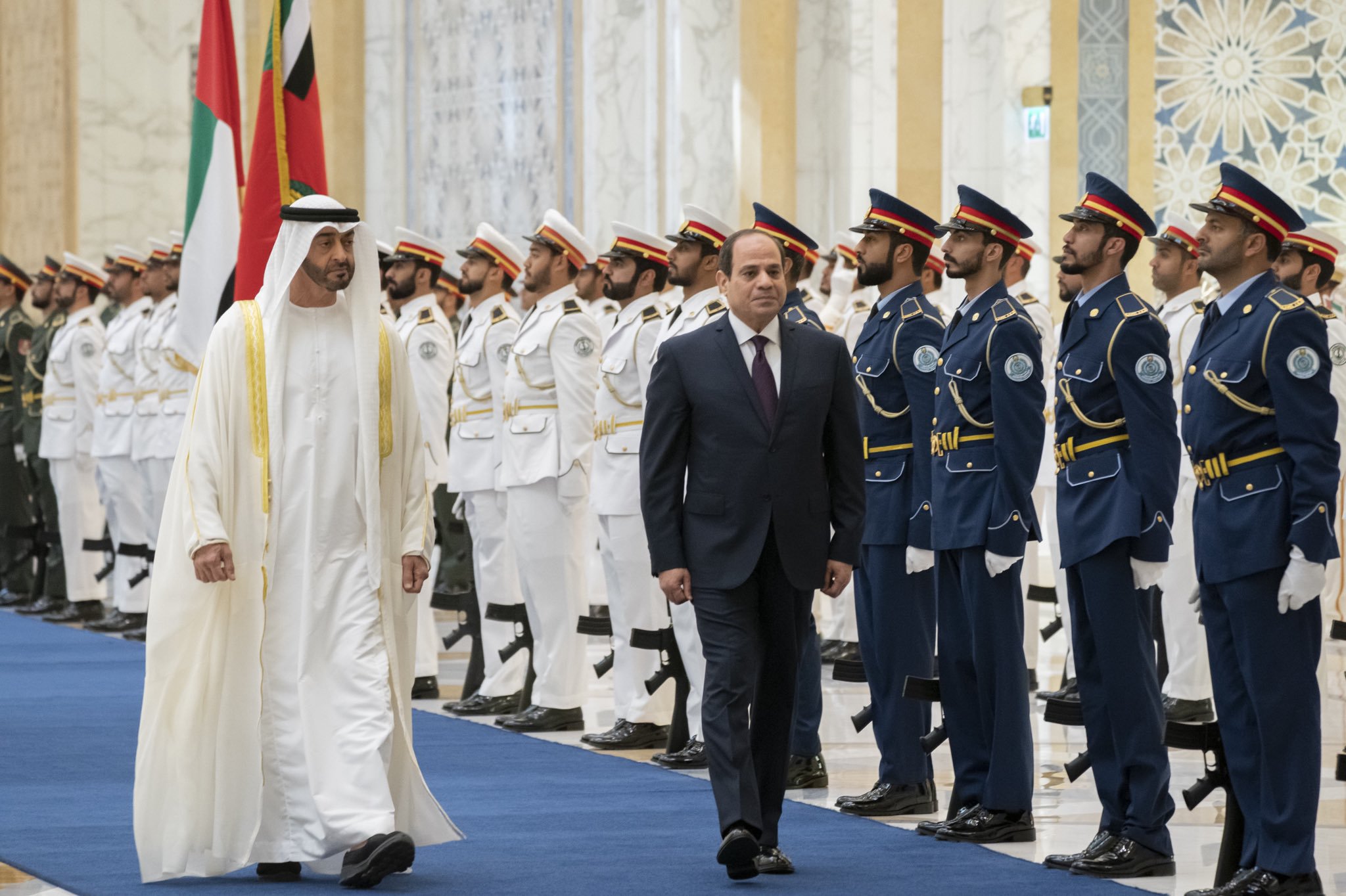 A state reception in honour of the Egyptian President at Qasr Al Watan in the capital featured an aerial display of the Egyptian flag over palace skies by the National Aerobatic Team, 'Al Fursan,' as well as folklore performances.

As part of the reception, Sheikh Mohamed and his guest stood on the podium of honour while the national anthems of the UAE and Egypt were played, followed by a 21-gun salute.