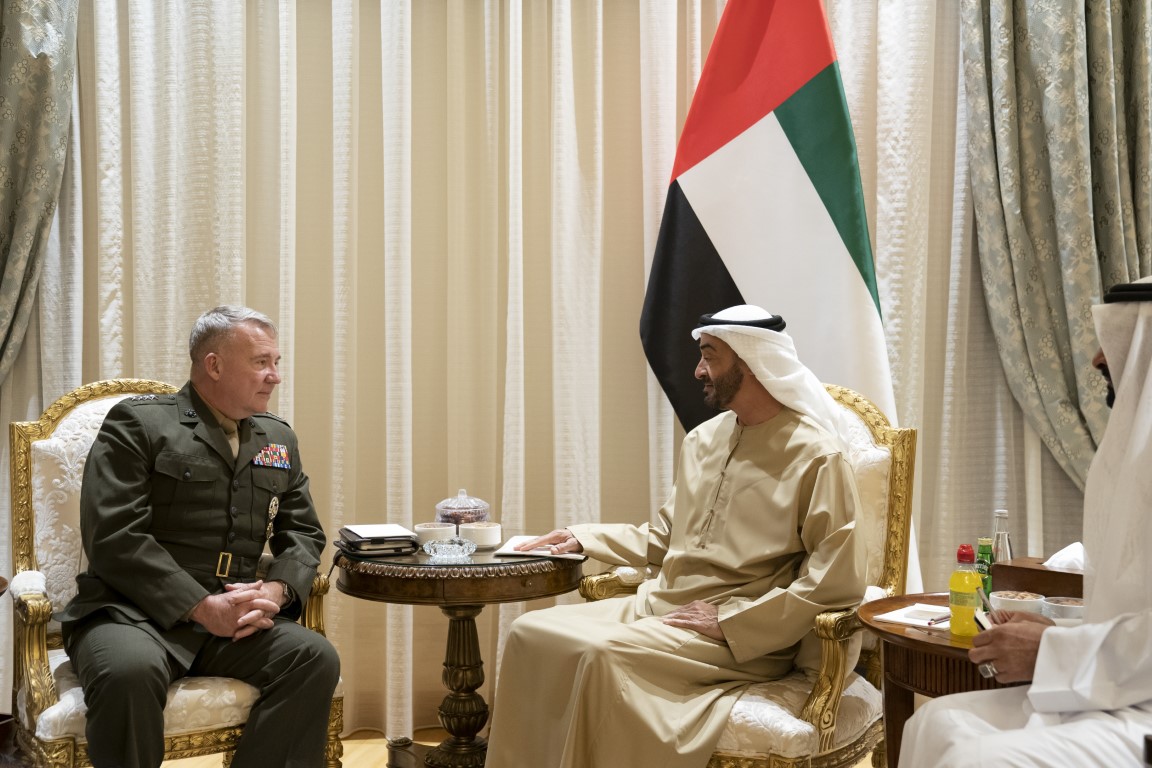 His Highness Sheikh Mohamed bin Zayed and General McKenzie discussed ways of bolstering bilateral relations and joint coordination between the two friendly countries across military and defence fields. They also touched on a range of issues of mutual concern and exchanged views on them.