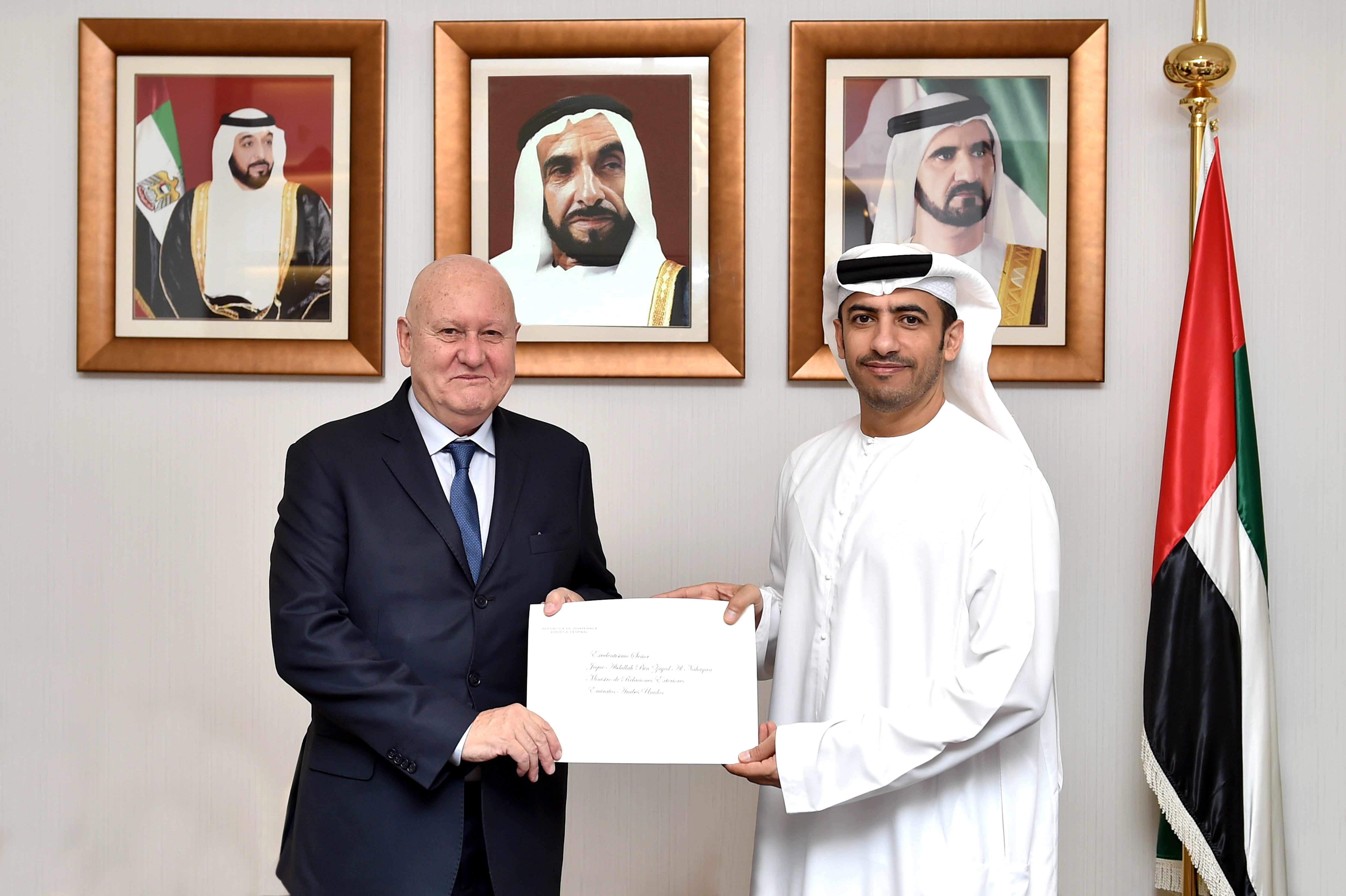 ABU DHABI, 14th November, 2019 (WAM) -- Shihab Al Fahim, Assistant Undersecretary for Protocol Affairs at the Ministry of Foreign Affairs and International Cooperation, received a copy of the credentials of Lars Henrik Pira Perez, newly appointed Ambassador of the Republic of Guatemala to the United Arab Emirates.

The Undersecretary wished the Ambassador of Guatemala all success in the performance of his duties and in enhancing bilateral relations and cooperation between the UAE and his country.

The newly appointed Guatemalan Ambassador expressed his pleasure at representing his country in the United Arab Emirates, which enjoys a prestigious regional and international position thanks to the visionary policy of President His Highness Sheikh Khalifa bin Zayed Al Nahyan.