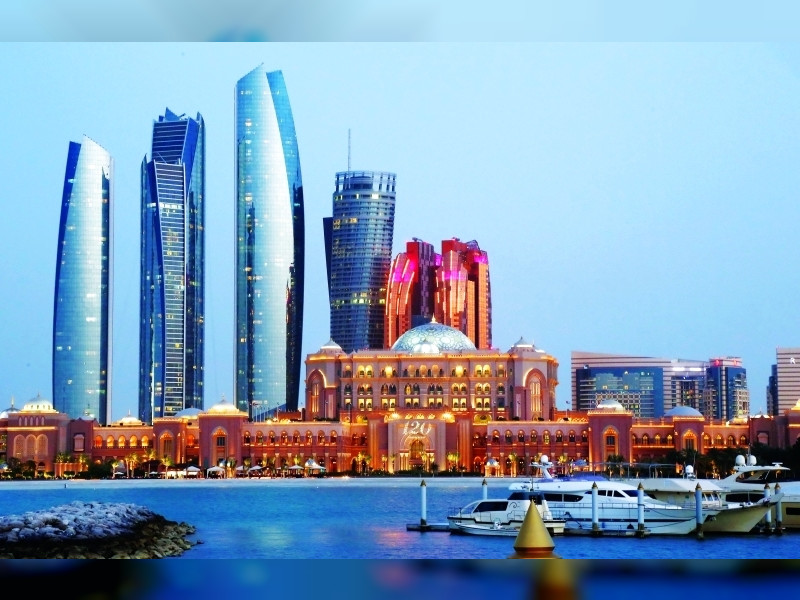 ABU DHABI, 16th November, 2019 (WAM) -- The number of hotel guests staying in Abu Dhabi emirate during the third quarter of 2019 exceeded 1.3 million, an increase of 1.7 percent compared to the same period in 2018, according to the figures released by the Department of Culture and Tourism – Abu Dhabi, DCT Abu Dhabi.

In the year-to-date in 2019 there have been almost 3.8 million hotel guests, a 2.9 percent increase on 2018, said a press release issued by DCT Abu Dhabi on Saturday.

The latest report from DCT Abu Dhabi also shows that total hotel revenues for the third quarter were up to AED1.1 billion, a rise of 1.7 percent from the previous year; hotel occupancy was up 4 percent to 69 percent; while Average Length of Stay, ALOS, was up 5.6 percent to 2.5 nights.

These figures were spearheaded by impressive visitor number statistics from key markets, with hotel guests metrics from India, the UK, Oman and Saudi Arabia all showing solid increases for the July to September period. Indian guests increased by 8.1 percent, UK guests by 5.3 percent, and guests from Oman (18.6 percent) and Saudi Arabia (2.1 percent) also increased during this quarter.

The report also provides a breakdown of each region of Abu Dhabi, with the figures showing that hotels on Saadiyat Island and in the Abu Dhabi National Exhibition Centre, ADNEC, area performed especially well.

On Saadiyat Island, hotel guest numbers for the third quarter saw an incredible 71.3 percent increase, with 43,976 visitors staying between July and September, whilst Average Length of Stay increased by 13.4 percent, to 3.5 nights. Total revenues increased by 48.7 percent and occupancy rates increased by 20.5 percent.

Hotels in the ADNEC area posted impressive increases with revenues for Q3 being boosted by 33.5 percent, revenue per available room saw a 36.4 percent increase, Average Length of Stay saw a 30.4 percent increase whilst occupancy saw a 17 percent rise.

"These 3rd Quarter results reflect the coordinated efforts of DCT Abu Dhabi along with its tourism stakeholders and partners into delivering a compelling and attractive leisure and business destination - as well as a world-class events venue - to the international traveller," said Saif Saeed Ghobash, Undersecretary of DCT Abu Dhabi.

"These Q3 results are especially impressive as summer is traditionally a quieter time in the region’s tourism industry, and the numbers have been underpinned by some truly exceptional events, which have served to elevate Abu Dhabi’s global standing and reputation," he said.

"The July to September period featured the launch of top-tier events, with Abu Dhabi Showdown Week – featuring UFC 242 – and Abu Dhabi Family Week the two stand-out propositions. Every single UFC 242 ticket made available to the public was sold, of which 40 percent were purchased by the international market," Ghobash revealed.

"This strategic expansion of Abu Dhabi’s events portfolio was a resounding success and on its own accounted for more than 5,000 hotel room nights in the emirate.

"Similarly, Abu Dhabi Family Week saw thousands of families enjoy the first ever Nickelodeon Kids' Choice Awards and World of Nickelodeon activations in the Middle East, which reinforced the emirate’s position as the ideal destination for children and parents," he pointed out.

"These Q3 results also give us confidence that once again we will see a record-breaking 12 months for Abu Dhabi in terms of guest arrivals. Forecasts suggest the emirate will breach 5.1 million guests by the end of the year, which would represent a healthy two percent increase over 2018," the official explained.

"We are also seeing metrics that suggest occupied room numbers will exceed 8.6 million for the year, which would represent a 5.6 percent increase over 2018.

"With exciting events and activations planned for the rest of 2019, including the Formula 1 Etihad Airways Abu Dhabi Grand Prix, Abu Dhabi Art, ADIPEC 2019 and the New Year’s Eve performance of global superstar Bruno Mars, we are confident that we will indeed see another definitive year in terms of visitation to the UAE capital," Ghobash said.

In the year-to-date figures, there has been impressive momentum in revenue growth metrics, with hotel revenues up 8.1 percent compared to 2018 to a total of AED4 billion. Abu Dhabi is also leading regionally with double digit growth in room revenues (14.3 percent), driven by a rising Revenue Per Available Room (RevPAR) (8.6 percent), Average Room Rate (ARR) (6.8 percent), and Average Length of Stay (ALOS) (2.0 percent).