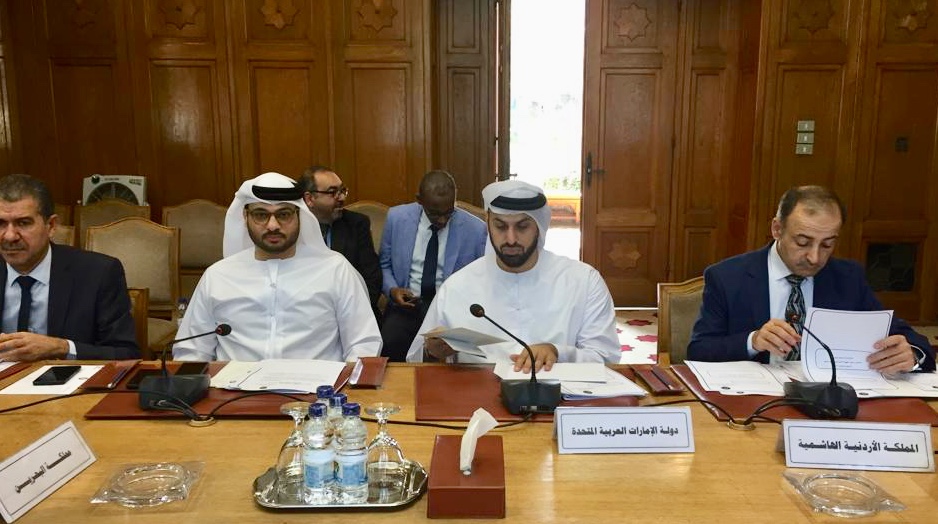 CAIRO, 3rd December, 2019 (WAM) -- The UAE has participated in the 37th meeting of the Arab Permanent Postal Committee, APPC, which was held at the headquarters of the Arab League General Secretariat and attended by representatives of ministries of economy and relevant authorities in Arab countries.

Al Ashram said that the meeting discussed a range of key topics, most notably the monitoring of the implementation of the "Regional Development Plan for the Arab Region 2017-2020," the issuing of a souvenir stamp to mark the diamond jubilee of the Arab League, the release of a unified Arab stamp in 2019, and the organisation of the International Stamp Exhibition.

It also discussed the organisation of an annual Arab stamp exhibition at the "Arab Capital of Culture," which is held this year by Port Sudan and will be held next year by Bethlehem, Palestine, he added.

In a statement to the Emirates News Agency, WAM, Al Ashram explained that the meeting discussed a comprehensive annual report on the development of the postal sector in the region, and the Arab nominations for membership of administration and investment boards at the Universal Postal Union, along with topics related to Palestine.