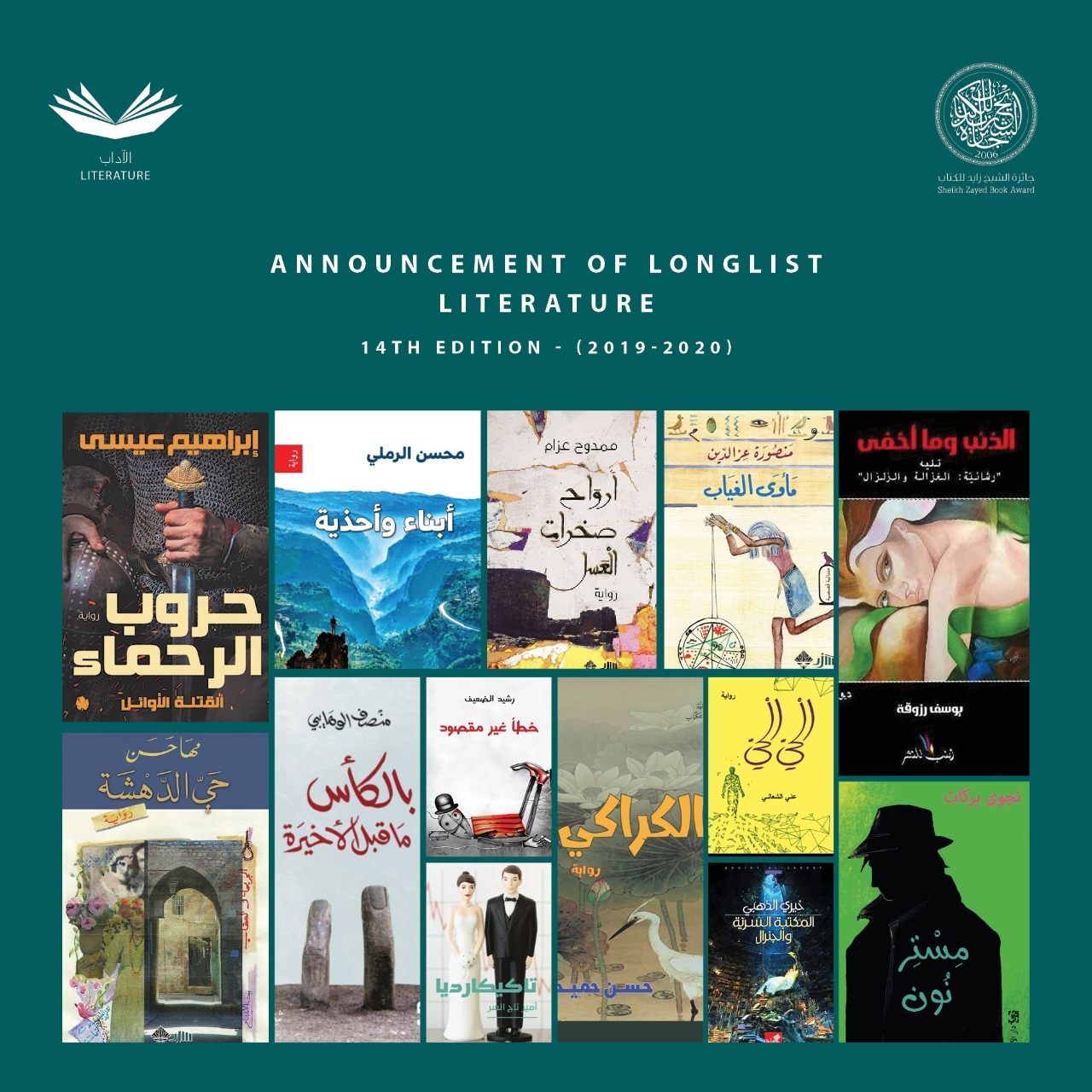 The ‘Literature’ longlist consists of 11 novels and two works of poetry.

A total of 1,900 nominations from 49 countries (22 Arab and 27 foreign countries) have been submitted for the 14th edition of the Sheikh Zayed Book Award across its nine categories. The two categories with the highest number of nominations were ‘Young Author’ (498 nominations) followed by ‘Literature’ (438).