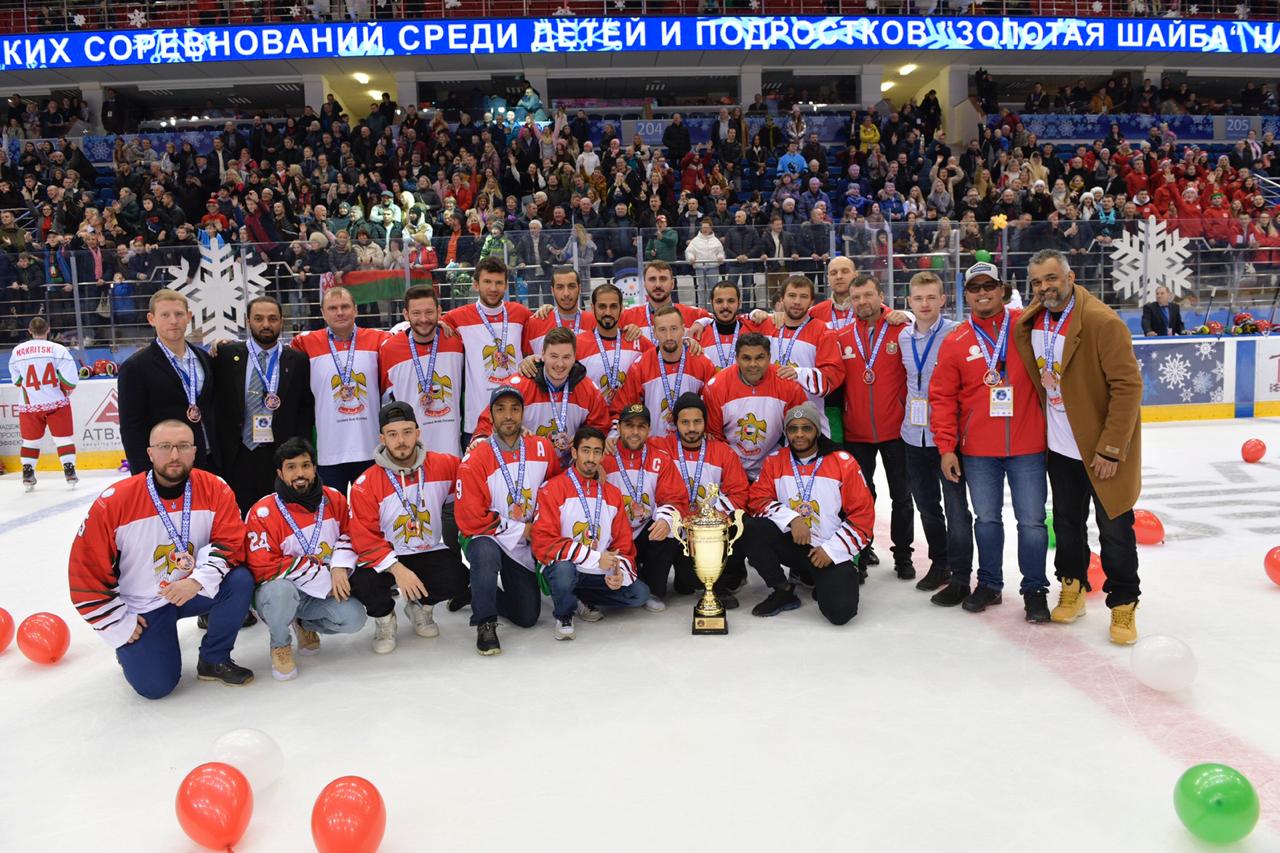 MINSK, 8th January, 2020 (WAM) -- The UAE Ice Hockey Team won the bronze medal yesterday at the 'Christmas International Amateur Ice Hockey Tournament for the Prize of the President of Belarus' in Minsk.

The team won bronze after defeating Finland by a score of 3-2 during a match attended by 12,000 spectators, which preceded the final between Belarus and Russia won by the former with a score of 4-1.

The UAE team won bronze for the first time in the history of the annual championship against some of the world’s best teams, with most being guaranteed qualification for the 2020 IIHF World Championship Division III to be held in Luxembourg in April.

President Alexander Lukashenko of Belarus congratulated the Emirati team who played well against Finland, adding that ice hockey in the UAE is witnessing development.