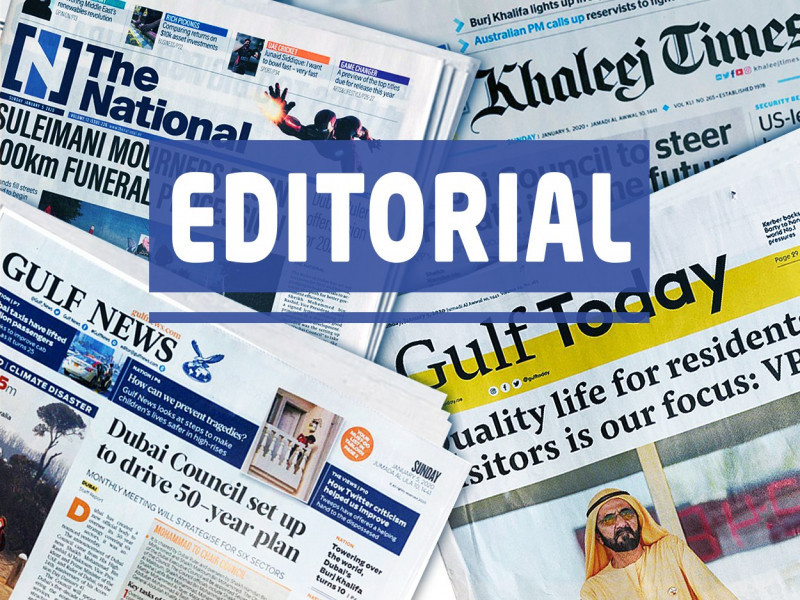 ABU DHABI, 15th January, 2020 (WAM) -- A UAE newspaper has said that the relationship between the UAE and Japan has been special right from the beginning. Japan is among the first countries to establish diplomatic ties with the UAE in 1971. The UAE Embassy in Tokyo was inaugurated in December 1973 and the Japanese Embassy in Abu Dhabi in April 1974.

"The UAE and Japan, in fact, enjoy strong bilateral economic relations dating back to 1961 when the first shipment of UAE crude oil was exported from Umm al-Shaif offshore field in Abu Dhabi to Japan," said The Gulf Today in an editorial on Wednesday.

According to statistics from the Ministry of Economy, the total value of non-oil trade between the UAE and Japan reached AED481.34 billion over the past ten years from 2009 to 2019.

In this background, the official visit to the country of Shinzo Abe, Prime Minister of Japan, is bound to further bolster the already-strong ties, which have been strengthening on multiple fronts, including trade, energy, investment, technology, space and education.

In 2016, the number of Japanese citizens living in the UAE totalled 4,000, while hundreds of Emirati citizens are in Japan for educational and investment purposes.

The UAE is Japan’s No.2 oil supplier, providing, by September 2019, around 29.9 percent of Japan’s total oil imports. In 2018, Japan acquired a 40-year oil concession in Abu Dhabi.

On the tourism front, the number of Japanese tourists visiting the UAE totalled 91,000 while the number of Emirati citizens visiting Japan for tourism significantly increased, especially after Japan exempted them from having to obtain pre-entry visas on July 1, 2017.

The co-operation is strong in the field of education too. In 1978, the first Japanese school was inaugurated in the UAE, and in 2009, it began teaching the Arabic language, Islamic education and social studies to Emirati students, along with its Japanese curriculum.

Also, over 100 Emirati students are studying in Japanese universities for bachelors, masters and PhD degrees, especially in engineering and information technology.

Notable also is the fact that the two nations are closely cooperating in space sciences. In October 2018, the Emirati satellite, "KhalifaSat," was launched into outer space from the Tanegashima Space Centre in Japan aboard an H-IIA rocket.

The signing of the UAE-Japan Strategic Energy Cooperation Agreement between the Abu Dhabi Supreme Petroleum Council, represented by Abu Dhabi National Oil Company, ADNOC, and the Agency for Natural Resources and Energy of Japan, for the storage of over 8 million barrels of crude oil at storage facilities in Japan is another significant development.

The paper concluded by quoting Shinzo Abe as saying that 2020 is going to be a historic year for the UAE and Japan as the former will host EXPO 2020 Dubai, while the latter will play host to Olympic Games Tokyo 2020.