UAE Press: Dubai will be the global hub for new economy 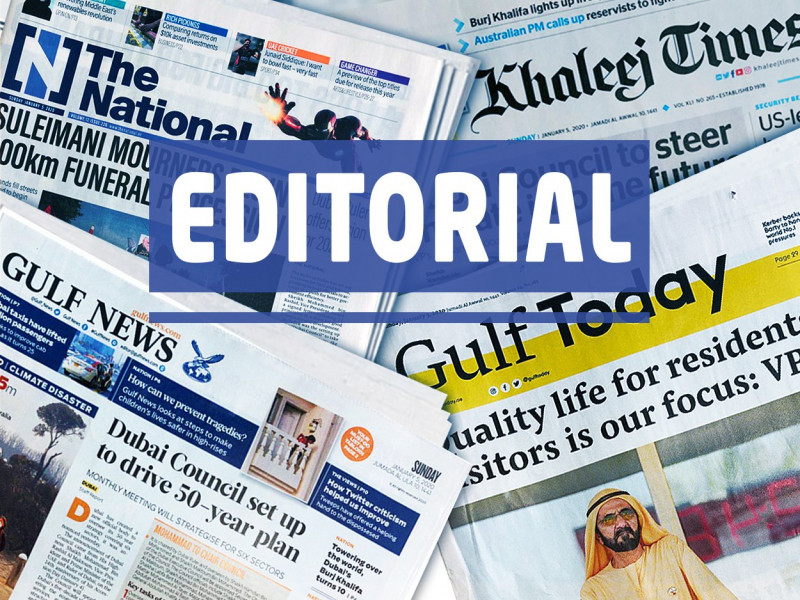 ABU DHABI, 16th January, 2020 (WAM) -- Given the rapid change that transformative technology is having on the business world, agile and innovative plans for the future are a must for any country that wants to succeed in the new economy, a UAE newspaper has commented editorially.

The new Dubai Future District, announced on Tuesday by His Highness Sheikh Mohammed bin Rashid Al Maktoum, Vice President, Prime Minister and Ruler of Dubai, ensures that Dubai’s business community has the key infrastructure and facilities to help drive the country’s economy over the next 20 years and make it the global capital of the new economy.

"The district will follow the success of previous innovative projects that helped propel Dubai on to the global scene, such as the Jebel Ali Port and Free Zone, Dubai Internet City and Media City, and the Dubai International Financial District," said Gulf News in an editorial on Thursday.

The paper continued, "Such ambitions have allowed Dubai to transform itself from a small fishing village in the 1960s to the global power house that saw trade volumes hit AED1.3 trillion in 2018. The newly stated ambitious plan of seeing the economy hit AED2 trillion by 2025 will be achieved thanks to the vision of Dubai’s leadership in these areas.

The UAE has already demonstrated its ability to adapt to new technologies, including fintech, artificial intelligence and smart cities. But these technologies are only a taste of what awaits the world, with new disruptive innovations set to transform the markets over the next few years. Setting up a hub that offers world-class services and an environment conducive to start-ups will continue to improve Dubai’s reputation for ease of doing business.

That the district will host a new stock exchange the emirate’s third after DFM and Nasdaq Dubai targeted at future economy companies, will also ensure its place as the global capital of the new economy, as such markets help to bring in additional investment from venture capitalists and other funds.

But Dubai’s position cannot succeed without continuing to build on its already impressive global reputation. The aim of establishing 50 offices across five continents to promote Dubai’s commercial, tourist and investment opportunities, will help it to boost its cultural and creative exports, while continuing to build the emirates human talent.

"Dubai must continue to pursue such types of initiatives, with the aim of securing its position as the dominant player in the world economy. By adapting technological advancements in a changing world, Dubai is expected to retain its competitive edge," concluded the Dubai-based daily.