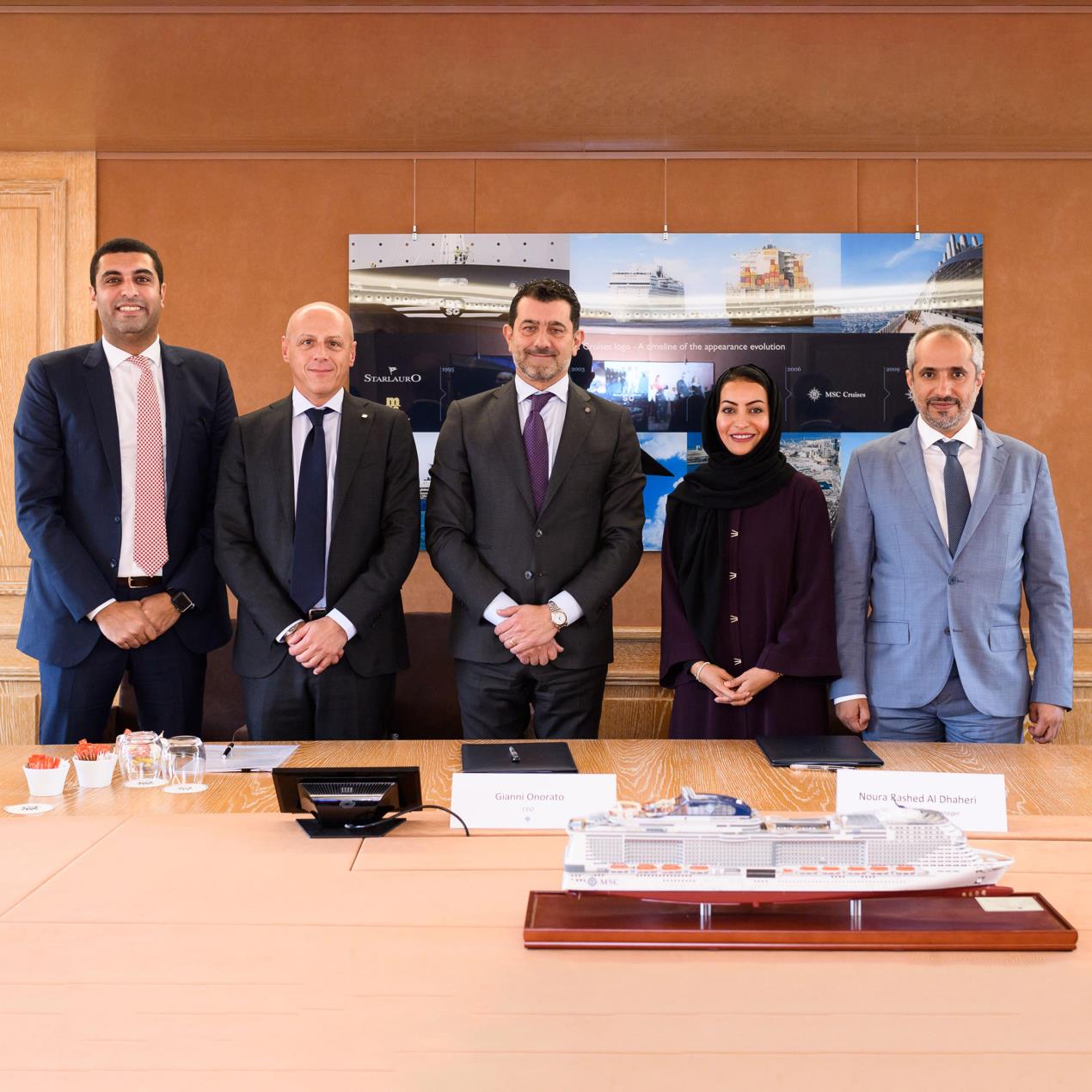 The deal, signed by Director of Cruise Business at Abu Dhabi Ports, Noura Rashid Al Dhaheri, and MSC Cruise CEO, Gianni Onorato, at MSC’s headquarters in Geneva, Switzerland, reinforces Abu Dhabi’s position as a premier destination on the international cruise map. Most importantly, the deal will bring 1.3 million visitors to the capital over the tenure of the agreement.

Abu Dhabi’s Cruise Terminal has reported significant growth over the last 12 months, posting a 47 percent rise in the number of passengers and a 45 percent rise in vessel calls. Last December, the terminal marked one of its busiest days of the 2019/20 winter season to date, when it welcomed more than 8,000 visitors as part of a triple call to Abu Dhabi.

"With the investment in infrastructure and enhanced operations and services to serve the cruise liners arriving in Abu Dhabi, we have cemented our position as the leading destination in the Gulf region. Abu Dhabi Cruise Terminal is emerging as the ultimate point of disembarkation for international cruise liners," he added.

Gianni Onorato, CEO of MSC Cruises, said, "This new agreement with Abu Dhabi Ports for preferential berthing rights is another demonstration of the long-term commitment from MSC Cruises to the Arabian Gulf, and it will further, consolidate our position as the largest passenger cruise operator in the region."

"Abu Dhabi is a very important embarkation port and popular destination for ashore visits during winter cruises and we are currently serving the city and Sir Bani Yas Cruise Beach with both MSC Bellissima, the most modern and one of the most environmentally-advanced cruise ships to sail in the Arabian Gulf, and MSC Lirica," he added.

Ali Hassan Al Shaiba, Acting Executive Director of Tourism and Marketing at DCT Abu Dhabi, said, “This historic deal will play a significant role in positioning Abu Dhabi as a top destination for cruises in the region."

"MSC Cruises," he continued "was one of the key players in helping us attract over 500,000 cruise visitors to the capital last year, and we have no doubt in the successes it will bring over the coming years.

Al Shaiba added, "On our end, we remain committed to providing MSC Cruises and all travellers with exceptional services and extraordinary experiences during their visit to the UAE capital.”

Abu Dhabi Cruise Terminal operates from Zayed Port, the main cruise passenger gateway to the city, located close to most of the city's attractions.