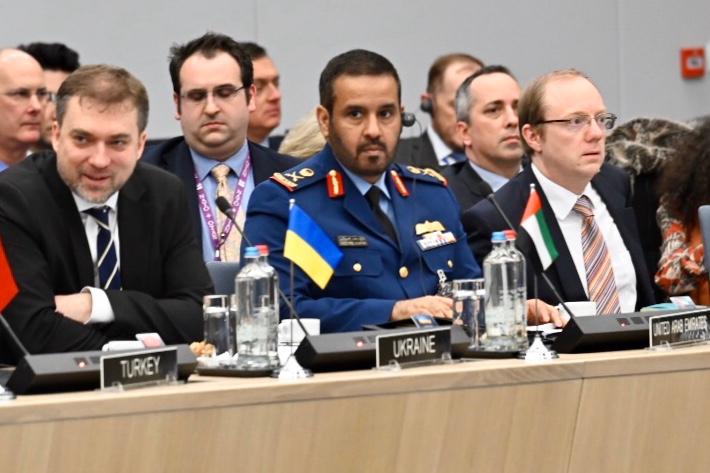 BRUSSELS, 14th February, 2020 (WAM) -- Major General Pilot Falah Al Qahtani, Assistant Under-Secretary of the Ministry of Defence for Policies and Strategic Affairs, led the UAE's delegation to the meeting of the North Atlantic Treaty Organisation, NATO, Defence Ministers and partners on its operations in Afghanistan under the ''Resolute Support Mission''.

The meeting was held yesterday at NATO's headquarters in the Belgian capital Brussels.

The meeting also shed light on various issues related to the current security situation in Afghanistan, stressing the importance of the mission there which would contribute to training, supporting and providing consultation to Afghan security forces and institutions.

The NATO members and partners in the Resolute Support Mission affirmed their commitment to combating terrorism in all its forms and supporting efforts to achieve security, stability and peace in Afghanistan.