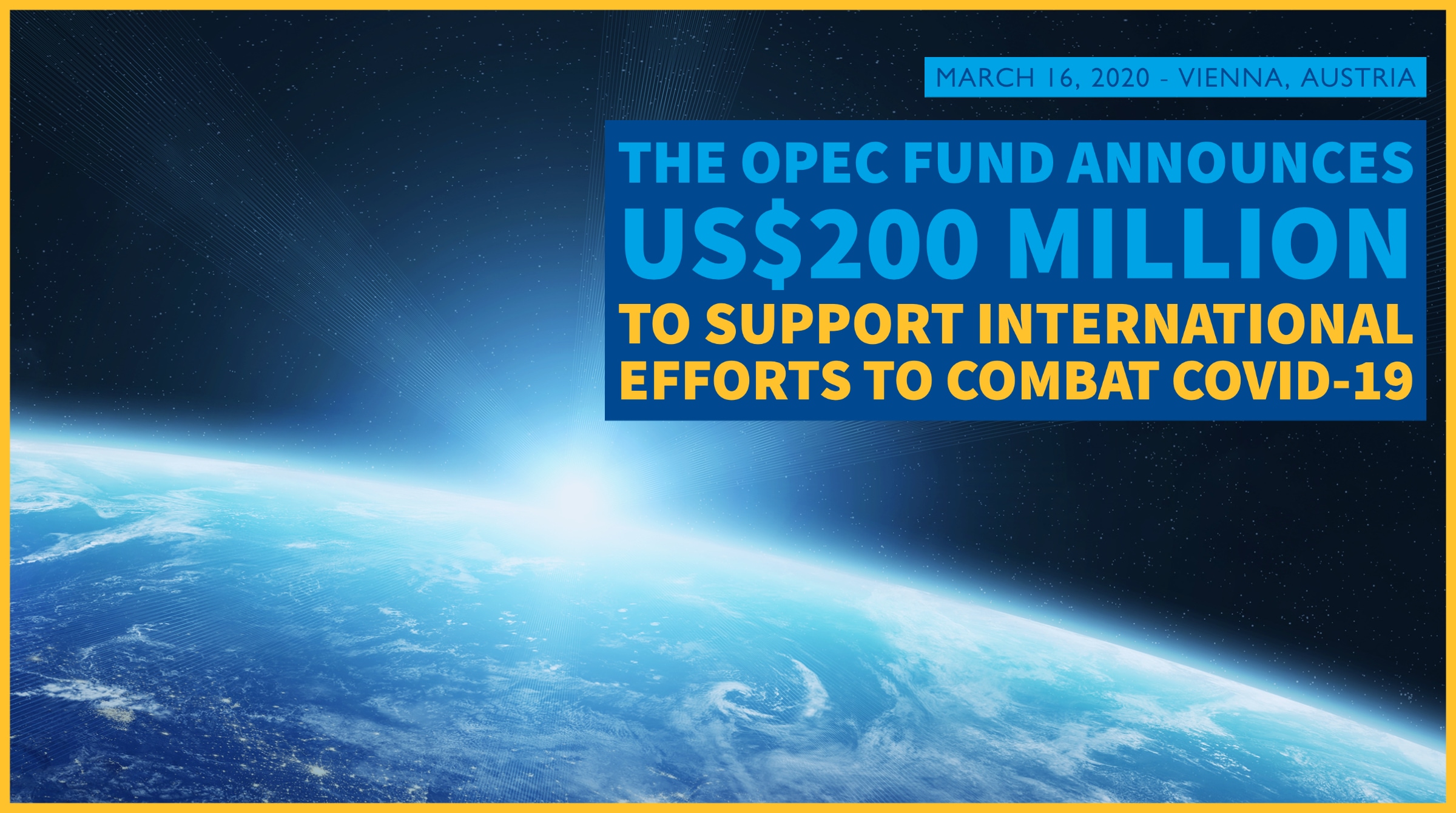 VIENNA, 17th March, 2020 (WAM) -- The OPEC Fund for International Development, OFID, has announced a range of measures to support international efforts to combat the COVID-19 outbreak over the immediate and mid-term.

The organisation will provide a total financial package amounting to US$200 million, which will be deployed via long-term loans, private sector and trade finance facility windows and grants. The OPEC Fund will also modify existing loan terms, where necessary, to ensure an appropriate level of concessionality.

OPEC Fund Director-General Dr. Abdulhamid Alkhalifa said, "We have provided dedicated financing to partner countries to address emergency situations before, such as post-Tsunami assistance for several countries in Asia in 2007. "

"To channel this funding, we will deploy resources bilaterally to impacted countries and regions, and we will also coordinate closely with the bilateral and multilateral agencies of our member countries, such as the Arab Coordination Group, as well as with the World Bank Group, regional development banks and specialised agencies of the United Nations," he added.

OFID, he added, has also built robust partnerships with a number of specialised agencies working in situations of conflict and disaster.

Dr. Alkhalifa stated, "The most recent comparable situation was the Ebola outbreak in West Africa, during which we extended assistance to those actors leading the international response. Our natural partner in health emergencies where immediate action is needed is the World Health Organisation. The national Red Cross and Red Crescent societies throughout the world are also in an excellent position to engage with affected or vulnerable communities."

"We will ensure our assistance reaches the most vulnerable communities quickly and we stand ready to review our efforts as the situation develops," Dr. Alkhalifa concluded.

OFID was established in January 1976 by the then 13 member countries of OPEC; including the United Arab Emirates. It is the development finance institution established as a channel of aid to developing countries.