MBRSC releases image showing decline of NO2 in GCC 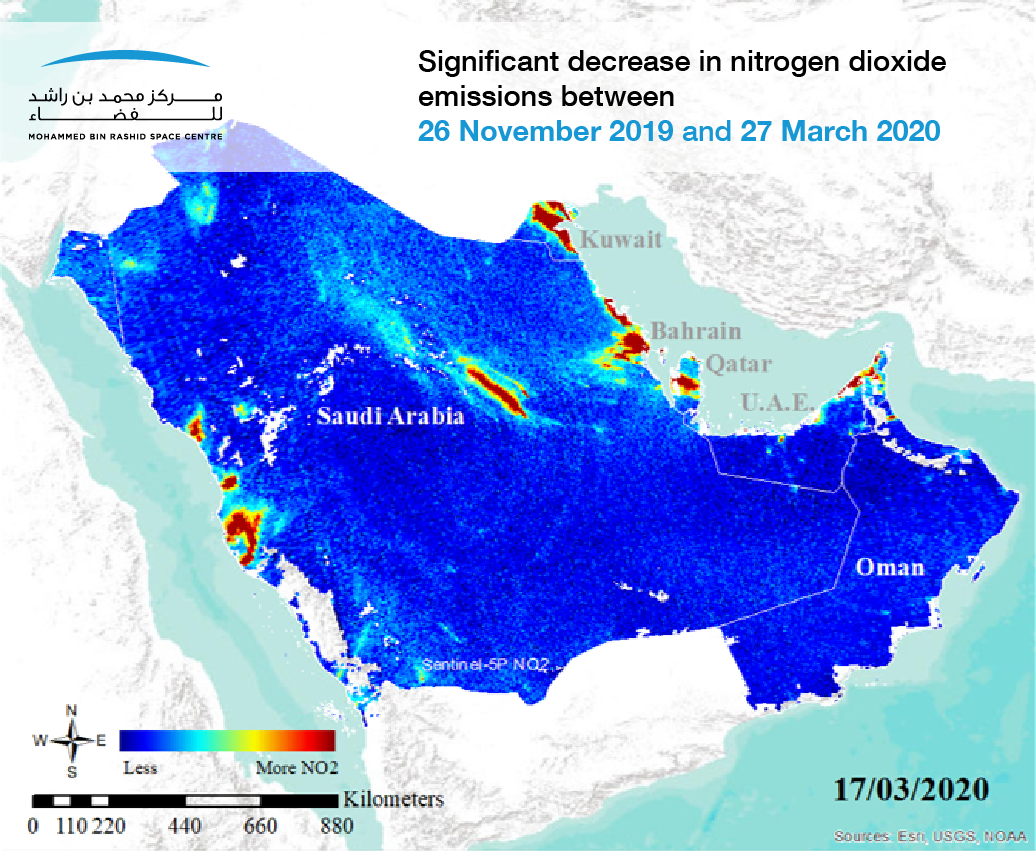 The Remote Sensing Department at MBRSC published the results using data acquired by the European Space Agency's Sentinel-5P mission. The drop in NO2 concentrations beginning late-February coincides with the region-wide precautionary measures taken to prevent the spread of coronavirus.

Nitrogen dioxide is mainly produced from engines, power generation and other industrial processes, according to the World Health Organisation. In view of the lockdown announced in various countries, fewer vehicles are on the road, fewer planes are taking flight and industries have also been affected over the period. This has led to the decline in NO2 concentrations, which in turn has improved air quality.