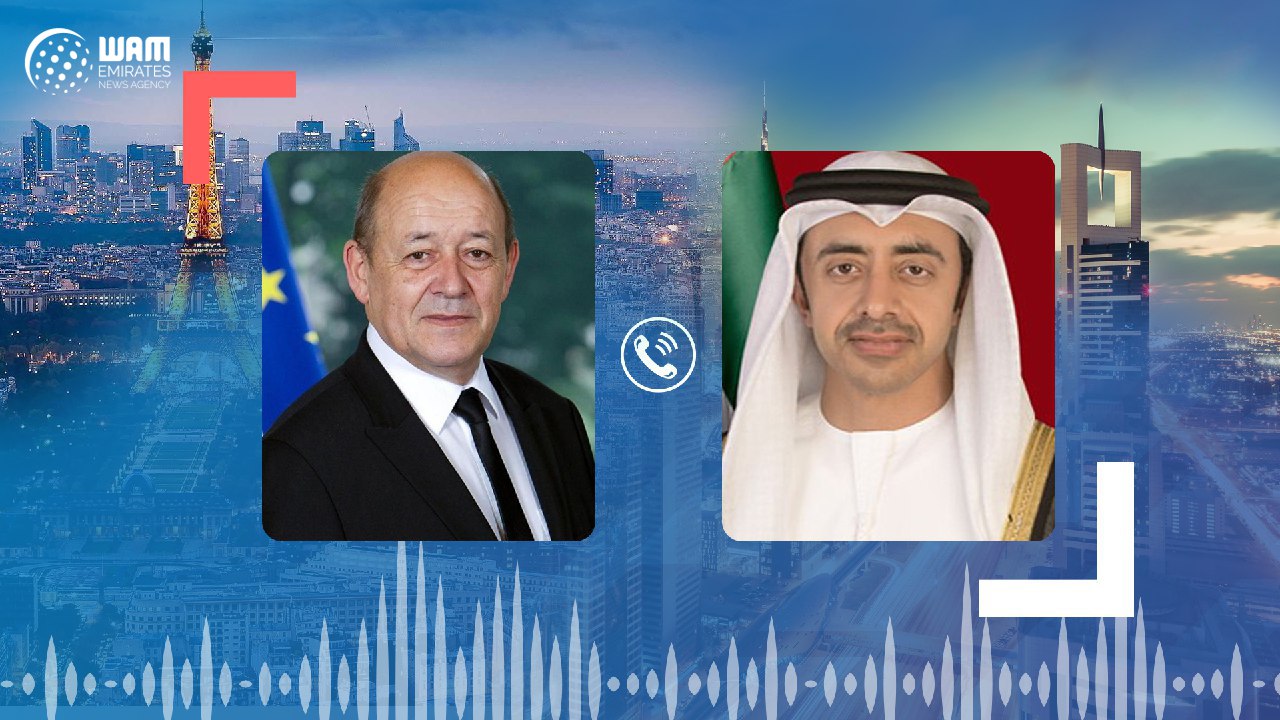 During their telephone conversation, Sheikh Abdullah reviewed the efforts made by the two countries to address the coronavirus pandemic by exchanging expertise and adopting best international practices to monitor and deal with the patients. They both emphasised the significant role of R&D in facing the virus repercussions.

Sheikh Abdullah praised the preventive and precautionary measures taken by France to deal with the crisis and address its fallout.

He added that the current crisis requires global synergy to contain the effect of the disease at various levels, affirming the UAE’s keenness to coordinate with friendly countries on overcoming the crisis, and achieving sustainable development.

The UAE's top diplomat expressed his sincere condolences to Le Drian and the French people on the victims of coronavirus.

He wished the government and people of France, as well as all peoples around the world, good health and safety, stressing the UAE's support for the global efforts to overcome the crisis.