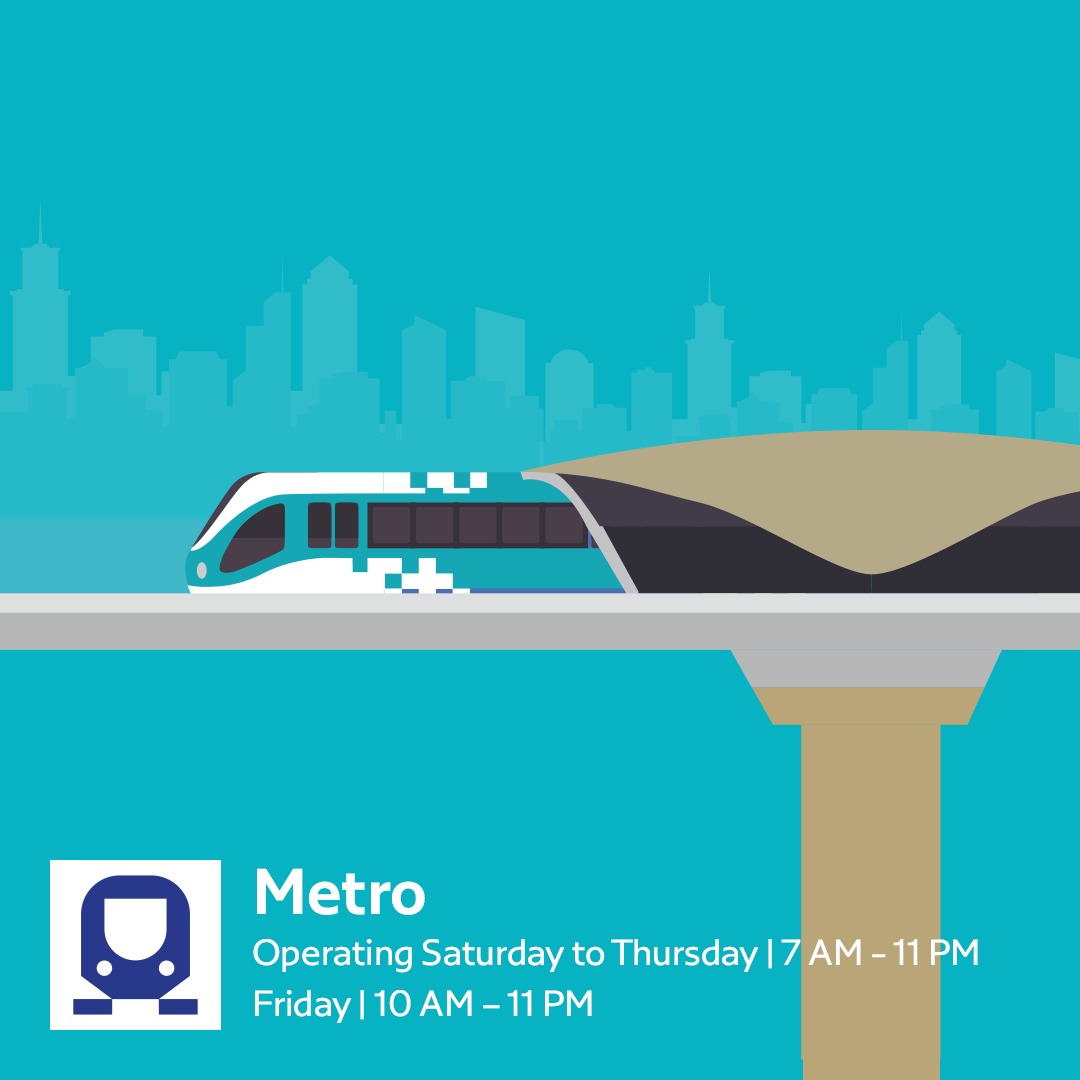 DUBAI, 23RD April 2020 (WAM) - Dubai’s Roads and Transport Authority, RTA, announced that Dubai’s metro, public buses and taxi services will be restored following a decision by Dubai's Supreme Committee of Crisis and Disaster Management to partially reduce controls on movement in the emirate.

RTA said it will resume the Dubai Metro and public buses services at their normal fares starting Sunday 26 April, 2020. Riders will have to observe preventive and proactive health measures, including maintaining physical distance from others and wearing face masks on metro, buses and within the premises. The ongoing protective health measures for taxi rides will continue to be in place, such as limiting the number of riders to two at the back seat and maintaining isolators between the driver and passengers. Buses and taxis will operate according on normal fares, RTA said.

RTA has taken all precautionary measures to ensure the safety of drivers and passengers. Buses and taxis are also sanitised daily, RTA said. The gradual resumption of these transit services is necessarily linked with public compliance with preventive measures in place. However any violations will not be tolerated.

RTA extended its wishes for good health and safety to commuters during this period.