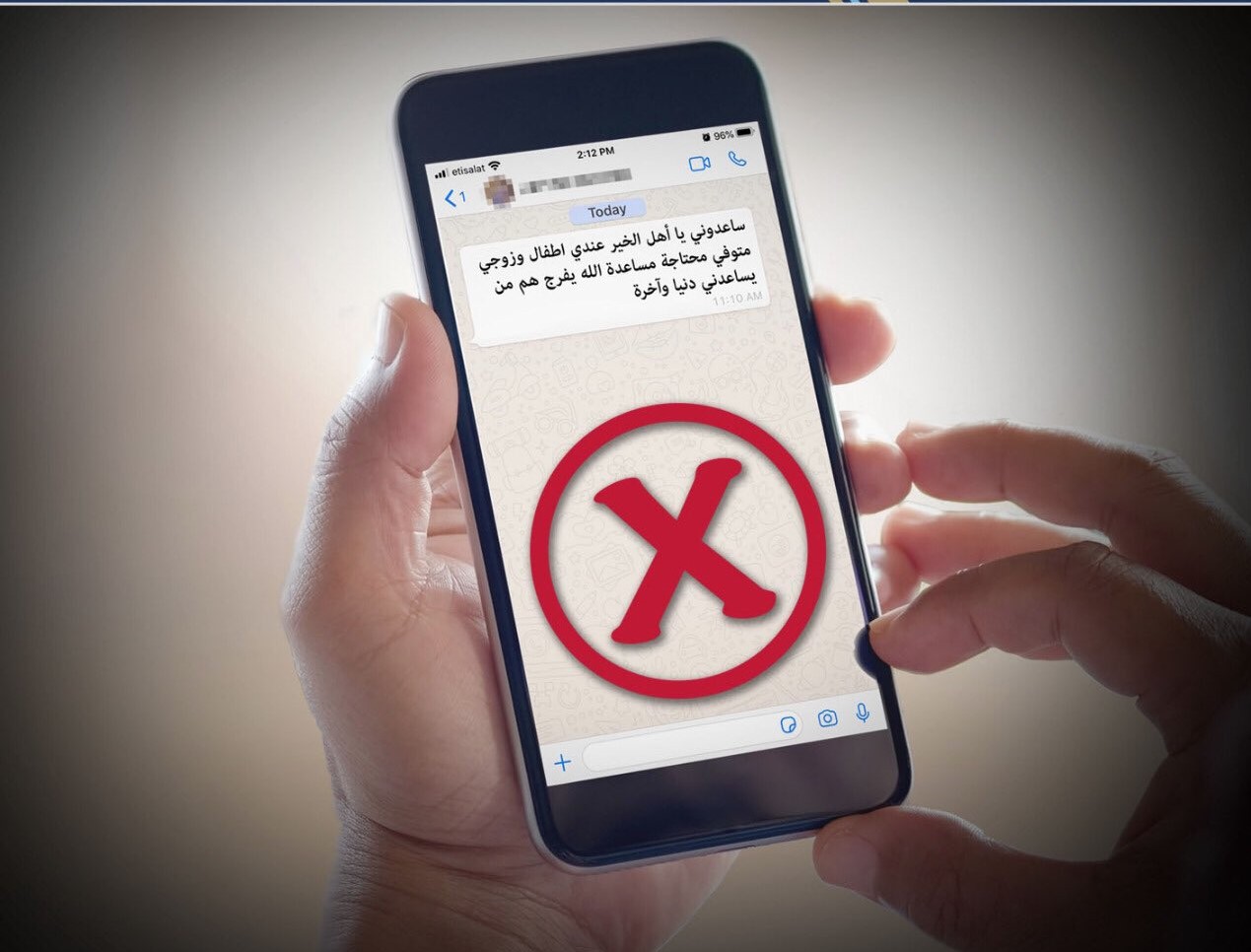 ABU DHABI, 2nd May, 2020 (WAM) -- The Abu Dhabi Police have warned against begging emails via WhatsApp and social media that ask for help in illegal ways.

Abu Dhabi Police explained that it is a crime and in violation of the law. The scam is run by fraud gangs, targeting random members of society.

The police asked people to ignore these fake requests, as a reply would elicit a continuation in their messages. They were urged to report the content to the competent police authorities which would take the necessary measures.

The reasons for begging in general and their concentration in Ramadan were attributed to the failure of some members of society to report beggars, which would motivate them to continue with their illicit goals. Electronic begging is similar to traditional begging, which includes propitiating people by misleading methods and tricks, dramatic stories and fabricated accounts to drain the victims ’savings by promising to provide charitable aid to fictitious individuals and bodies, the police said.

They emphasised the continuation of their efforts to address this scourge, through campaigns of inspection, awareness and arrests that have contributed to reducing crime, eliminating behaviour that provides a negative impression about society, and continuing their efforts in raising awareness through social media and various media outlets in a way that contributes to strengthening crime prevention and spreading tranquillity.

The Abu Dhabi Police asked members of the public who receive such emails, to contact the Command and Control Centre 999 and safety service at the toll-free number 8002626 (AMAN2626) or by text messages (2828) or via email (aman@adpolice.gov.ae) or through the smart application of the General Command of the Police Abu Dhabi.