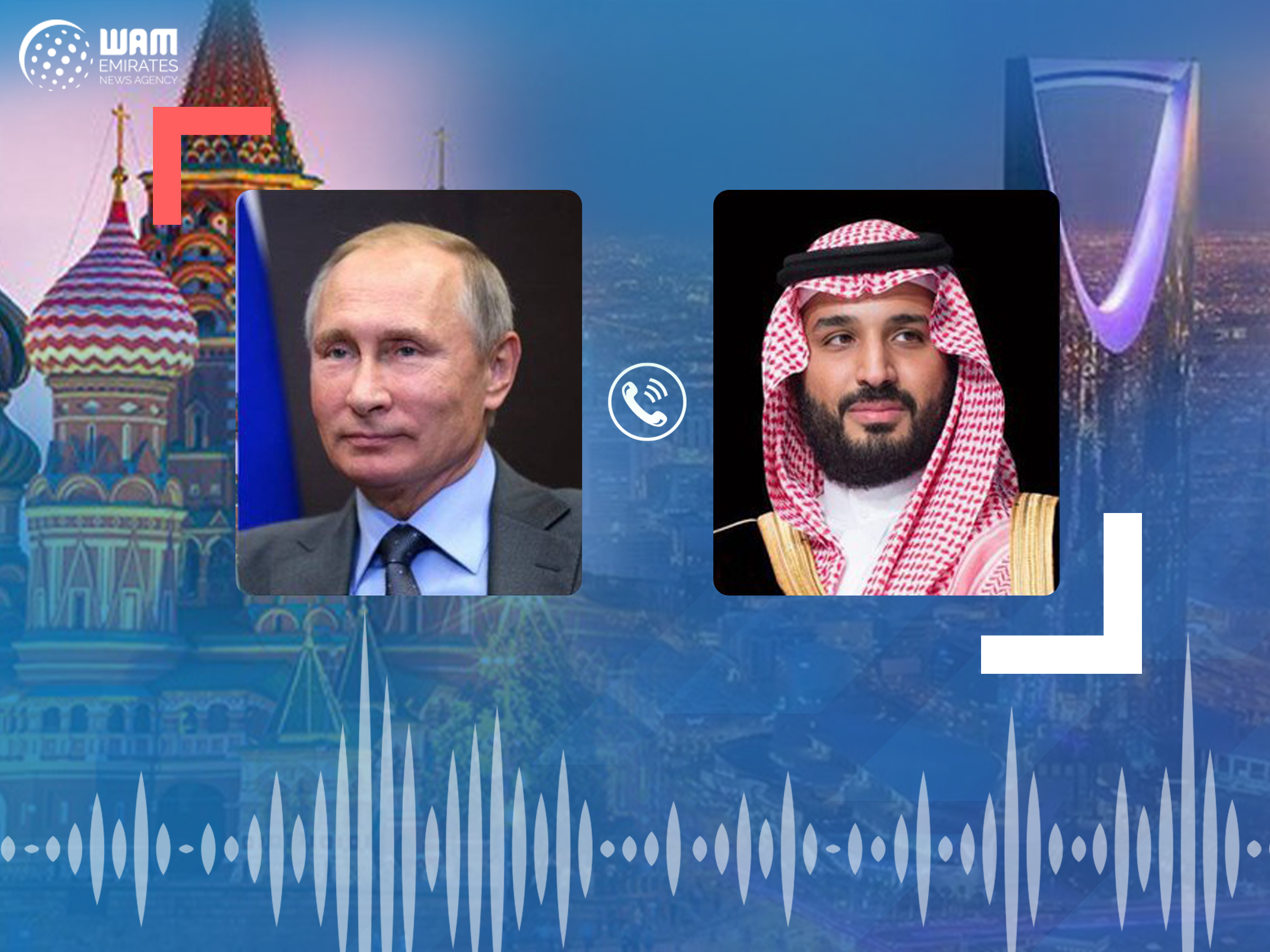 During the phone conversation, they discussed the efforts being exerted to stabilize the oil markets, the Saudi Press Agency, SPA, reported.

For his part, President Putin praised the Kingdom's prominent role and efforts in stabilising the global oil markets.

They also discussed the relations between the two countries and means of developing them.