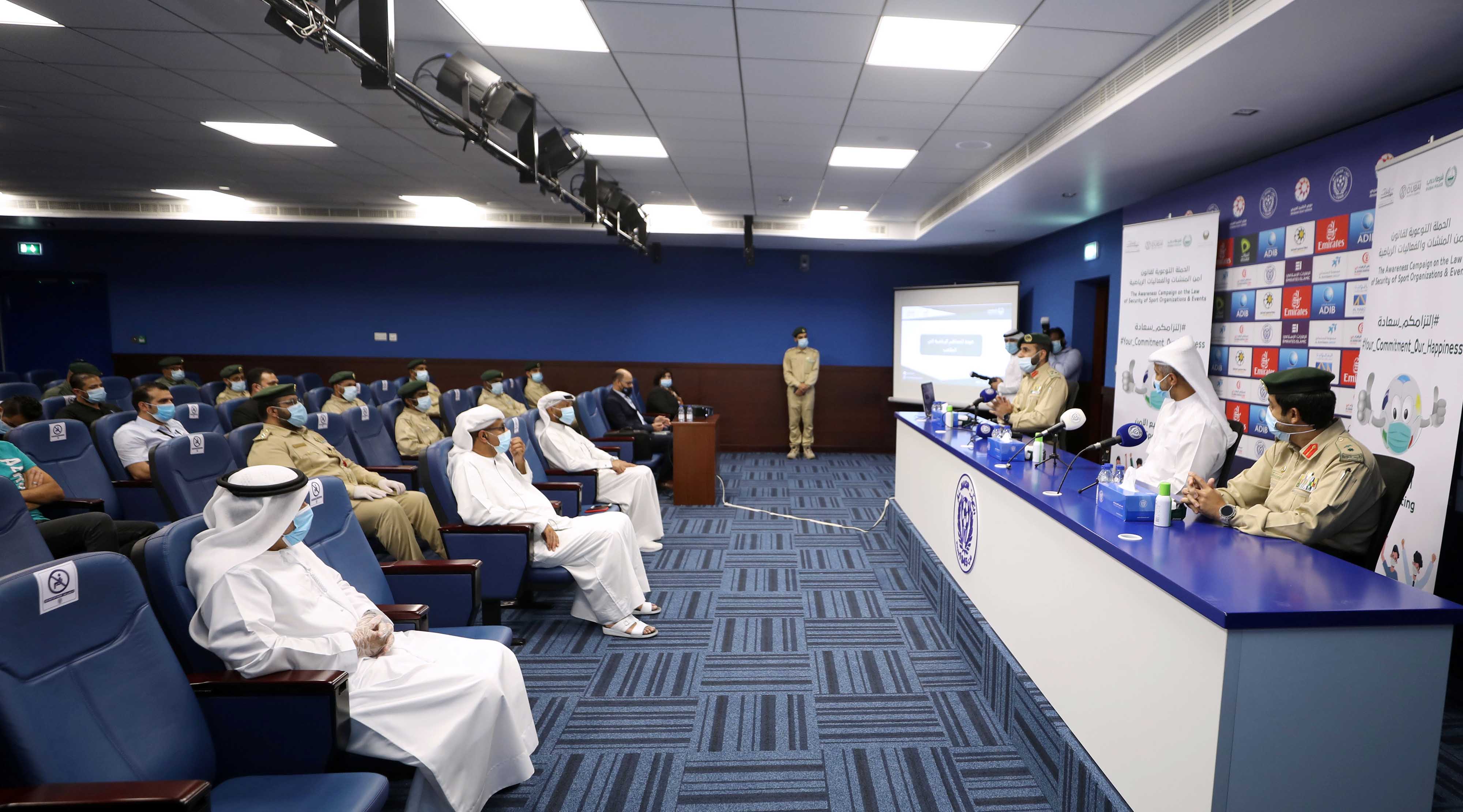 DUBAI, 11th June 2020 (WAM) - Dubai Police and Dubai Sports Council held a workshop on Thursday with sporting events security firms to discuss the main issues relating to the return of spectators to sports events under the shadow of COVID-19.

The workshop was a follow-up to the forum organised by Dubai Sports Council and Dubai Police on Wednesday to discuss safety protocols for the "Future Return of Spectators to Sports Stadiums", whenever authorities make a decision to allow them.

A number of top officials from Dubai Police and Dubai Sports Council were present at the workshop to discuss the issue with representatives of private event security firms, who specialize in sports events and have been managing security at sports venues and events in Dubai.

Lt. Col. Ahmed Al-Haddad and Major Abdullah Tarish of Dubai Police reviewed the proposed procedures for the return of fans to stadiums and sporting events, while the First Security Group gave a detailed presentation on the role that security firms will play at the events, and protocols for dealing with fans and keeping everyone safe, whenever the authorities allow sports events and clubs to open their doors to spectators.

The workshop discussed different scenarios, both in the lead up to the opening of stadiums to fans as well as during events and match days. They also talked about the sanitization of all areas inside the venues and the use of thermal cameras to check the temperature of every person entering the venue, as well as fogging tunnels and the type of permissible face masks keeping security concerns in mind, the control of movement inside the stadium and outside, as well as the possibility of reconfiguring seating arrangements inside stadiums and sports arenas.

The workshop also stressed on the need to constantly educate the public and to educate members of private security companies on how to deal with the public, and to adhere to the safety guidelines issued by Dubai’s Supreme Committee for Crisis and Disaster Management, Dubai Health Authority and the Ministry of Health and Prevention, as well as other relevant authorities.

Dubai Police also played a short film at the workshop, explaining the mechanism of receiving fans, examining them, sterilizing and distribution of seats, as a model that can be worked on in the event of the return of the public.