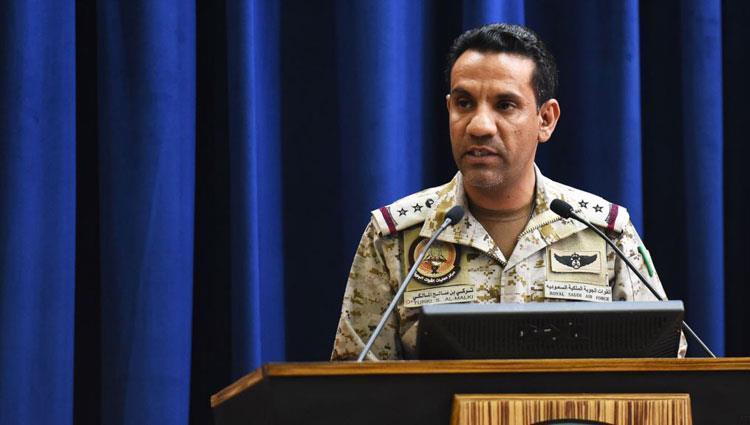 RIYADH, 23rd June, 2020 (WAM) -- The joint forces of the Arab coalition supporting the legitimate government in Yemen on Monday evening intercepted and destroyed ballistic missiles launched by the Iranian-backed terrorist Houthi militia targeting civilians and civilian objects in the Kingdom of Saudi Arabia.

On Tuesday morning, the militias also launched three ballistic missiles from Sa'dah governorate, Yemen, towards Kingdom's Najran and Jazan cities, which were intercepted by the joint coalition forces.

Colonel Al Maliki, said that the attack was "a deliberate attempt to target civilians and civilian objects."

Al Maliki added that the Houthis continue in their "villainous attempts" aimed at civilians who are protected under International Humanitarian Law. The attempts to deliberately target civilians reflect the failure of the terrorist militia and its immoral approach towards civilians.

"The Joint Forces Command of the Coalition continues to undertake all decisive, rigorous measures against the terrorist Houthi militia to neutralise and destroy [their] capabilities in protection of innocent civilians against these haphazard, villainous acts in accordance with the customary International Humanitarian Law," he concluded.