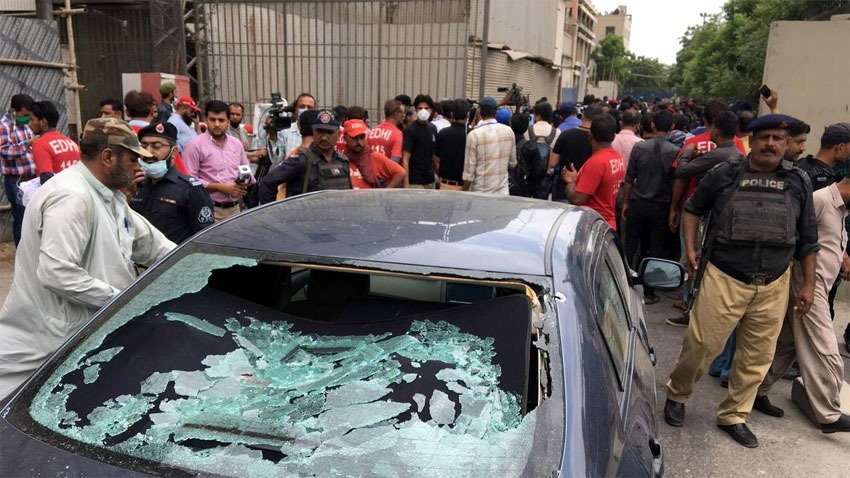 According to official media reports, terrorists tried to enter the building of the stock exchange using latest weapons and hand grenade, however, timely action of security forces thwarted this plan.

Police and Rangers have cordoned off the area and the injured are being shifted to nearby hospitals.

Prime Minister Imran Khan has condemned the terrorist attack praising members of the law enforcement agencies' "courage," who took on the terrorists and foiled their bid.