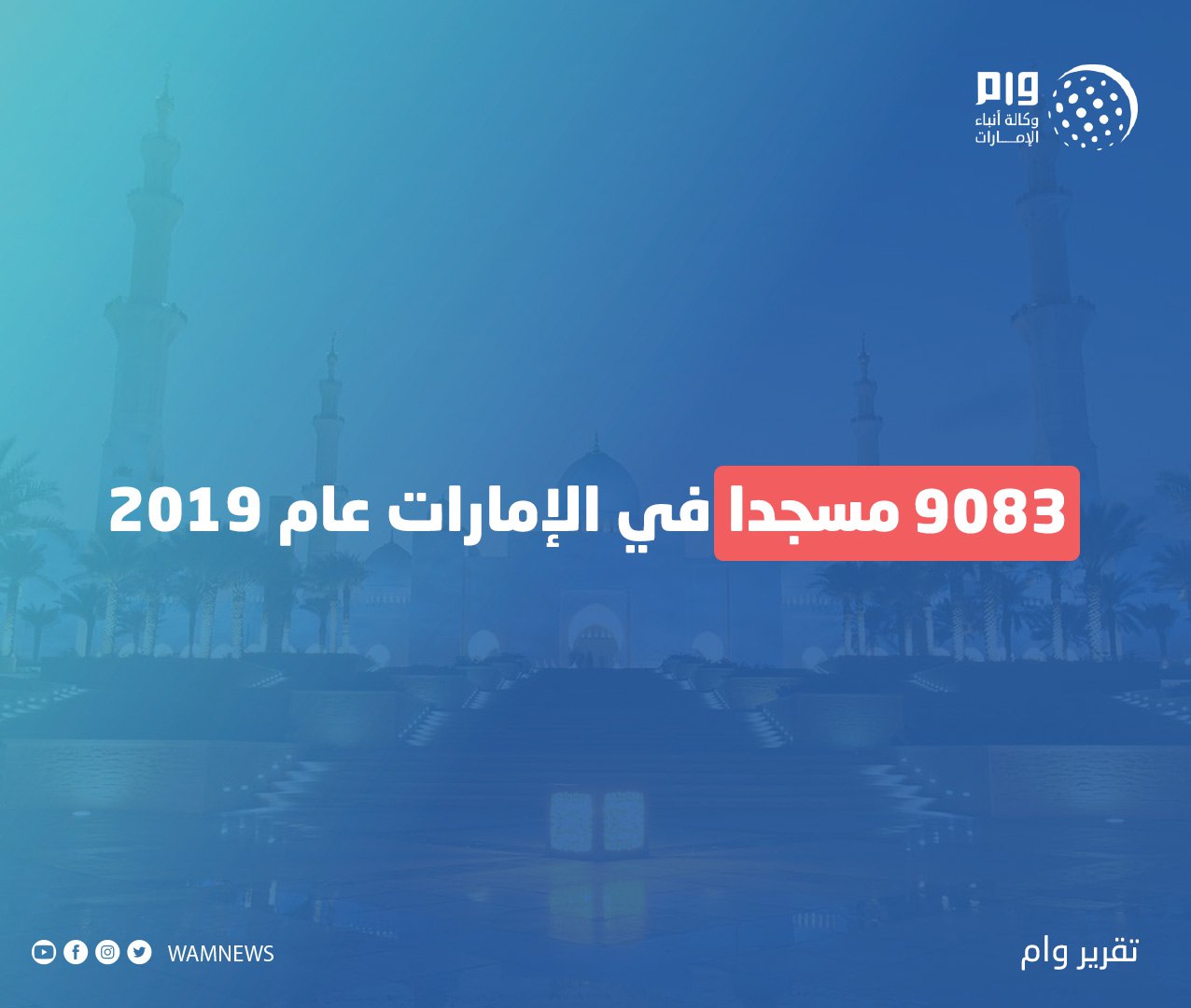 ABU DHABI, 30th June, 2020 (WAM) -- In 2019, the number of mosques and musallas in the UAE reached 9,083 and 163 respectively, according to statistics released by the Federal Competitiveness and Statistics Authority, FCSA.

Figures also showed that the workforce in these mosques, which included imams, muezzins, preachers and workers, stood at 6,089.