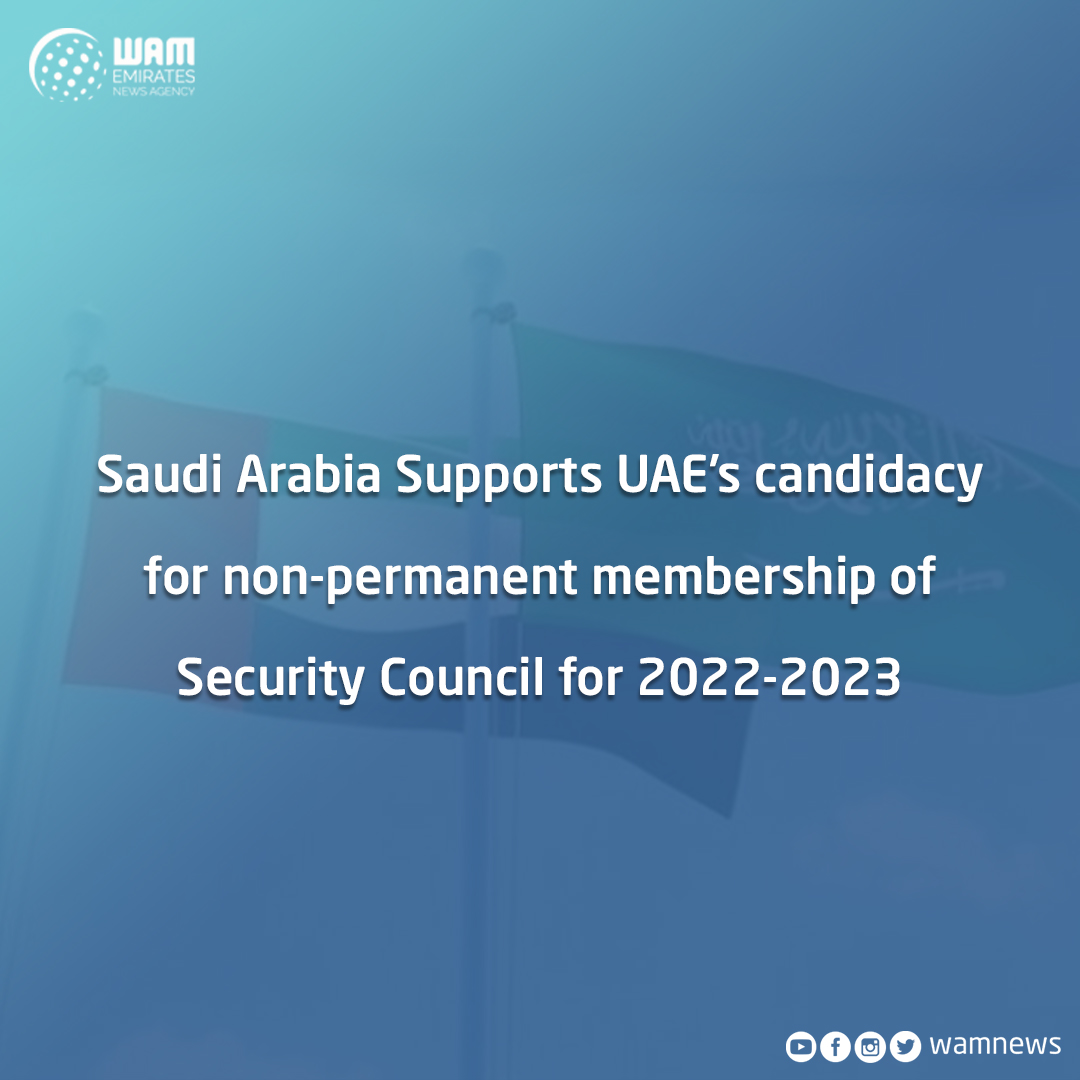 NEW YORK, 1st July, 2020 (WAM) -- Deputy Permanent Representative of the Kingdom of Saudi Arabia to the United Nations Dr. Khalid bin Muhammad Manzalawi has affirmed that the Kingdom of Saudi Arabia supports the United Arab Emirates in its candidacy for non-permanent membership of the UN Security Council for the period 2022-2023, urging countries to support its candidacy.

In his speech during the Asia-Pacific Group, APG, meeting which was held virtually yesterday and headed by the delegation of the People's Republic of China to the United Nations, Dr. Manzalawi said that the Kingdom of Saudi Arabia shares the United Arab Emirates its moderate vision that spares no effort to bring about peace and security in the world.

According to the Saudi Press Agency, He indicated that the UAE has succeeded in addressing major issues closely related to international cooperation, peace, security and sustainable development, adding that it has a leading humanitarian action, represented through its close cooperation with the United Nations and international partners to reach the common goal of achieving lasting peace in the Middle East and around the entire world.

He pointed out that the UAE always seeks to promote the message of peace, spread a culture of tolerance, in addition to its work in supporting diplomatic efforts aimed at settling disputes by peaceful means through dialogue and confidence-building.

In conclusion, Dr. Manzalawi noted that the UAE has always affirmed its commitment to collective action, adherence to the United Nations Charter as well as its promotion of multilateral diplomacy.