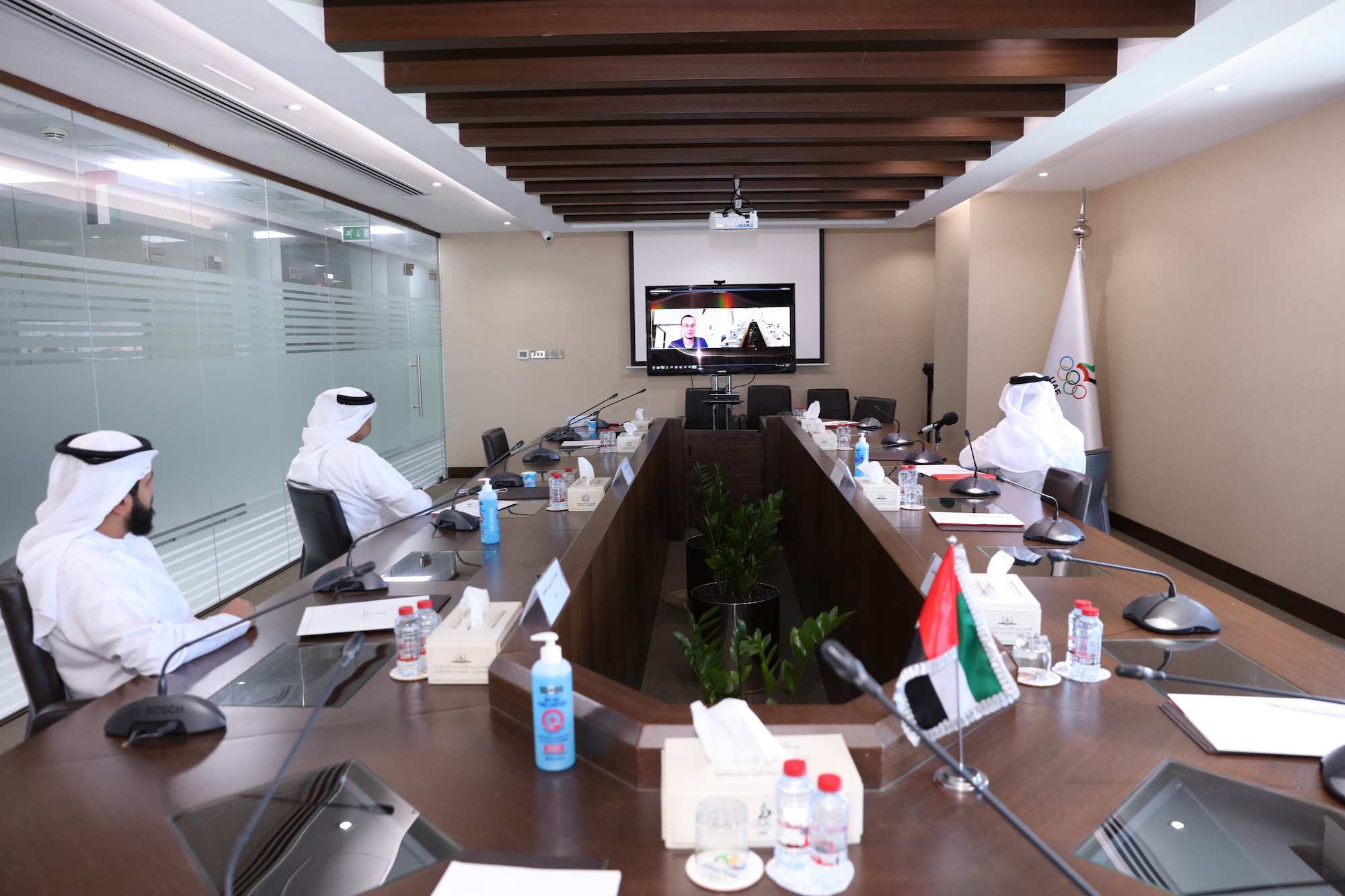 DUBAI, 2nd July, 2020 (WAM) -- The National Olympic Committee and the Organising Committee of Tokyo Summer Olympic Games discussed organisational matters and precautionary measures relating to the Games, which Tokyo will host next year.

The NOC officials reviewed the efforts of the Organising Committee of Tokyo Olympic Games under the current conditions, with particular emphasis on the protection and safety of athletes and sports officials during their participation in sports competitions or stay at the Olympic Village. During the meeting, the Organising Committee stressed its commitment to prioritising health issues and addressing health concerns throughout the Games, over and above the prior precautionary measures in place.

The NOC confirmed its participation in this biggest sports showpiece worldwide and the readiness of qualified UAE athletes to compete in the Games. The NOC will attend the opening and closing ceremonies and lend all sorts of support to the host country for the success biggest sporting event.

"The Organising Committee of Tokyo Olympic Games has taken extra-effective and accurate measures to reassure the participating sports delegations and missions. The Organising Committee has taken several steps to realise that vision, especially as regards the quick handling of sports injuries and the use of hi-tech in the entry and exit from the Olympic Village," Al Tayeb said.

He pointed out that federations could hold sports camps for qualified athletes in Tokyo or other cities in coordination with the Olympic Solidarity. The federation would accordingly prepare the timetable and plan.