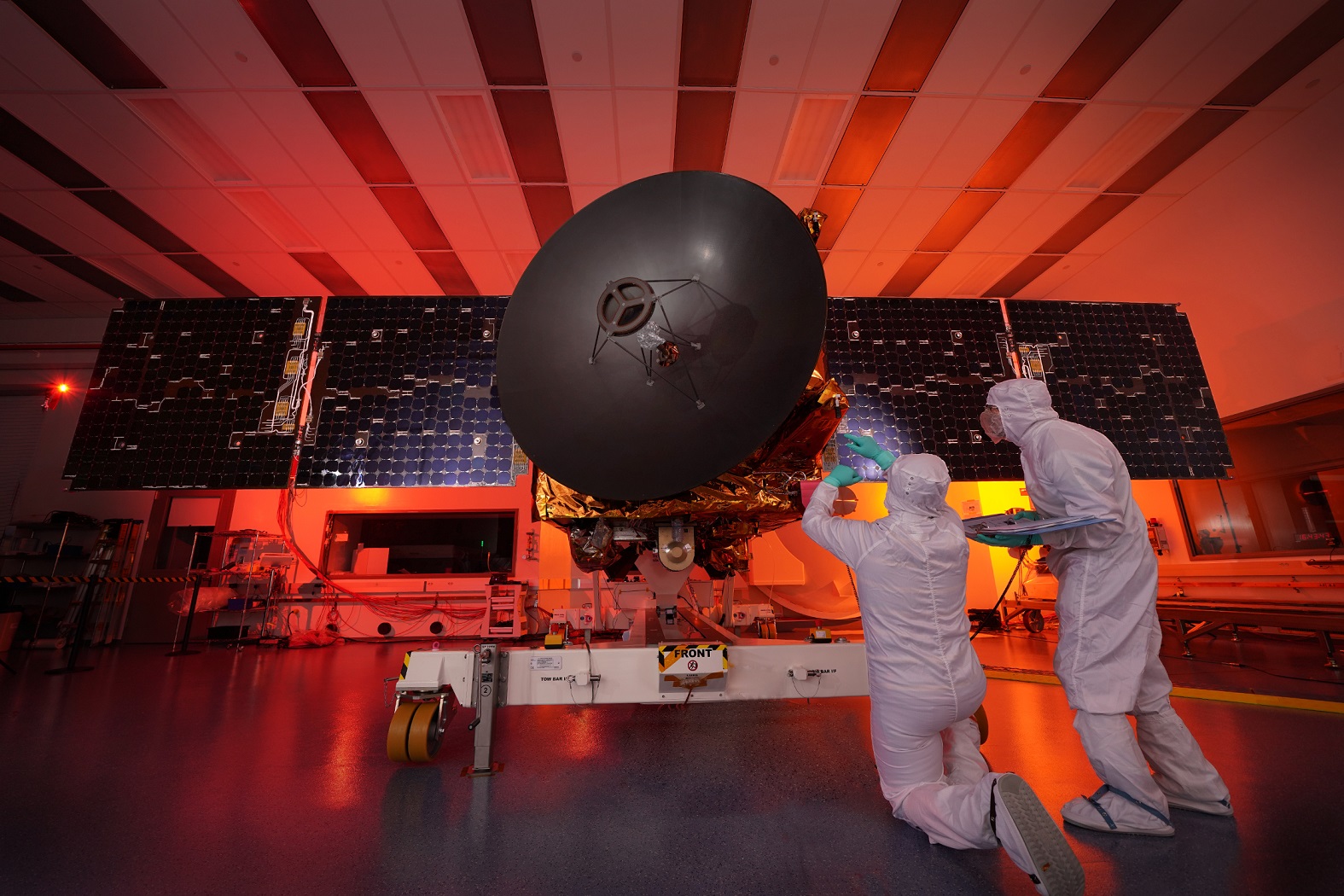 WASHINGTON, DC, 13th July, 2020 (WAM) -- On 14th July, the Emirates Mars Mission, "Hope Probe" or "Al Amal" in Arabic, is scheduled to liftoff from Japan’s Tanegashima Space Centre and begin a seven-month journey to the Red Planet. The probe is expected to entre Mars’ orbit in 2021, coinciding with the UAE’s 50th anniversary.

The mission will contribute vital knowledge to the global space community and prove that the UAE, a young nation with a newly-formed space exploration programme, can achieve this breakthrough by prioritising an ambitious advanced sciences agenda.

Days before this historic liftoff, two barrier-breaking leaders, UAE Minister of State for Advanced Technology and Deputy Project Manager of the Emirates Mars Mission Sarah Al Amiri, and Dr. Ellen Stofan, Director of the Smithsonian’s National Air and Space Museum and former Chief Scientist of NASA, offered these views on A Reason for "Hope," the third episode of Podbridge, a new podcast series launched by the UAE Embassy and hosted by Yousef Al Otaiba, UAE Ambassador to the US.

First announced in 2014, the Emirates Mars Mission represents the culmination of an innovative knowledge transfer and development programme between the UAE and international partners. Working closely with US educational institutions such as University of Colorado, University of California-Berkeley and Arizona State University, Emirati scientists completed the Arab world’s first interplanetary space probe while laying the foundations for a sustainable and dynamic space exploration industry in the UAE.

"In six short years, the Emirates Mars Mission programme has created a brand-new industry that is transforming the UAE’s science community," said UAE Minister of Advanced Technology Sarah Al Amiri. "With the support of countless international experts, we have taken an inspiration and turned that into reality by developing homegrown talent and expertise, while investing in state-of-the-art universities and laboratories. The Hope probe now sits atop a rocket ready for launch, fulfilling the UAE’s journey to Mars promise."

"It is incredibly exciting that space exploration is not limited to simply a handful of countries with many years of experience in this field," said Dr. Ellen Stofan, Director of the National Air and Space Museum. "We need the collaboration of the worldwide scientific community and that requires nurturing a global pool of talent. Space does not belong to one country, but to all of us. As the former Chief Scientist at NASA, I witnessed firsthand the remarkable growth of the UAE programme and the Emirates Mars Mission is a milestone event that supporters of space travel worldwide should applaud."

During the podcast, Minister Al Amiri and Dr. Stofan spoke about their careers as female trailblazers in a male-dominated profession and offered advice to young people who are passionate about science and space.

"To every young girl, never allow anybody to say you cannot achieve greatness. Sit at the table where decisions are made and don’t allow anyone to say you do not belong. For young Emirati women, look to Sarah Al Amiri as a role model and inspiration," said Dr. Stofan, the first woman to hold this high position. Stofan comes to the position with more than 25 years’ experience in space-related organizations and a deep research background in planetary geology. She was chief scientist at NASA (2013-16), serving as the principal advisor to former Administration Charles Bolden on NASA’s strategic planning and programmes.

Minister Al Amiri added, "For all the young women pursuing a career in science and technology, channel your inner power, seize the opportunities before you, and with that knowledge, you will create change that will transform the world."

In 2019, Hazza Al Mansouri, the UAE’s first astronaut, set out on an historic mission to the International Space Station. Aboard the ISS, he conducted various experiments on behalf of the Mohammed bin Rashid Space Centre, hosted a traditional Emirati dinner for his crewmates, and gave a broadcasted tour of the station for viewers back home.

In this episode of Podbridge, Al Otaiba also interviewed Hazza Al Mansouri, who described the immense sense of pride and accomplishment generated by the UAE National Space Programme.

"Nearly 60 years ago, President John Kennedy delivered his famous moon shot speech and captured the imagination of the world," Ambassador Al Otaiba said. "Today in the UAE, that same energy and wonderment exists as the Hope probe is set to launch. The Emirates Mars Mission is inspiring a new generation of Arab youth to explore careers in science and technology, and opening up new frontiers of possibility for our region."

The UAE Embassy in Washington, DC will host a virtual watch party for the historic scheduled launch of the Emirates Mars Mission. Alongside a livestream of the launch pad, experts from the US and UAE space sectors will discuss the Mission's goals and the broader significance of the Arab world's first interplanetary spacecraft. Watch the event live at 3:30 pm EDT on July 14 via the UAE Embassy’s YouTube page.

Podbridge is available on all major podcast platforms, including Apple Podcasts, Google Podcasts, Spotify, and other podcast services.