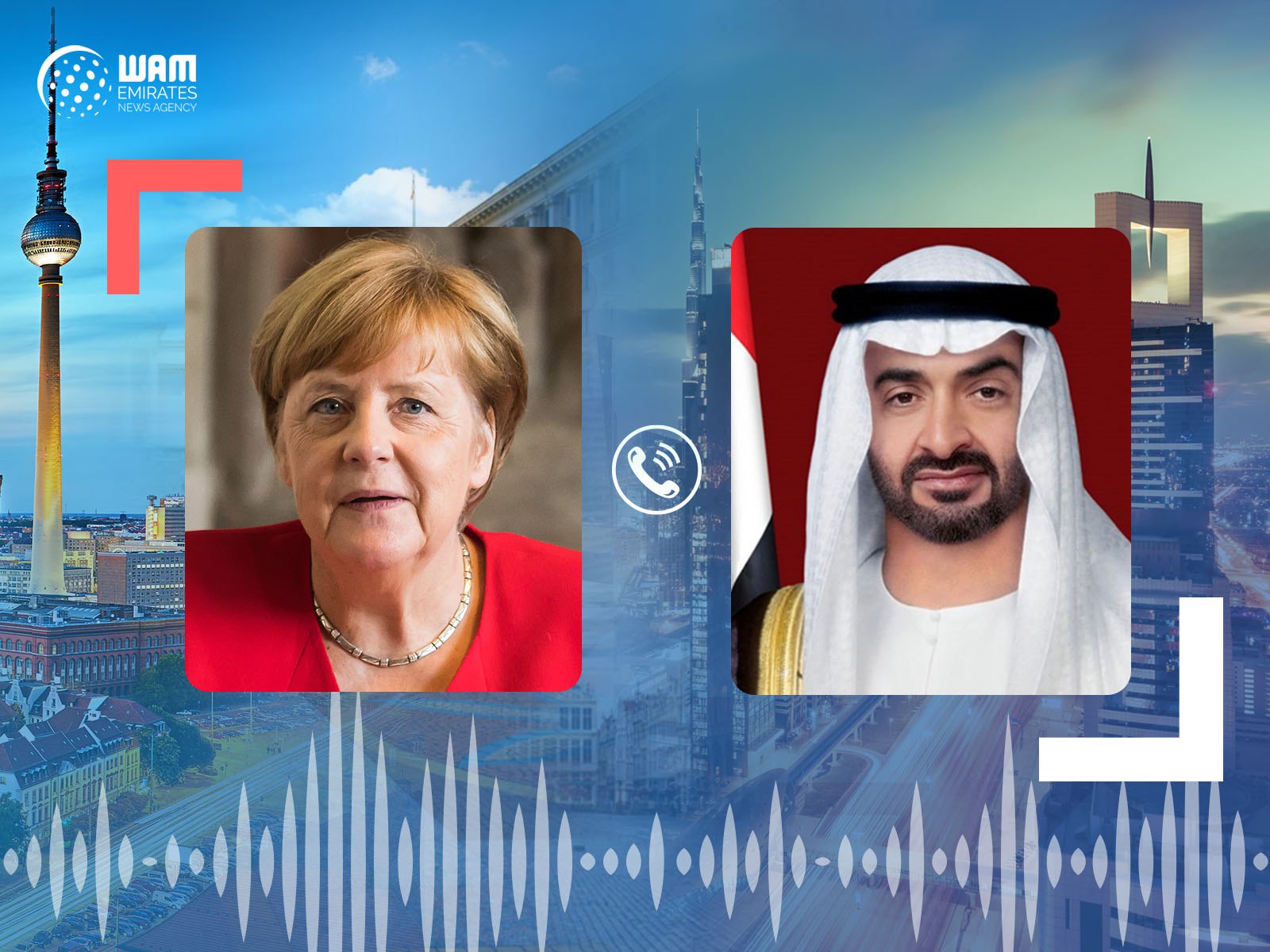 In a phone call, His Highness Sheikh Mohamed bin Zayed and Chancellor Merkel reviewed a number of regional and international issues of mutual interest, with a special emphasis on the latest development in the Libyan arena.

They also stressed the importance of working to avoid military escalation in the Libyan crisis, which harms political settlement chances and increases the suffering of the Libyans as well as the need to push for the implementation of the proposed initiatives for a peaceful solution.

The conversation also tackled the efforts made by the two countries globally to curb the impact of the COVID-19 pandemic at all levels.