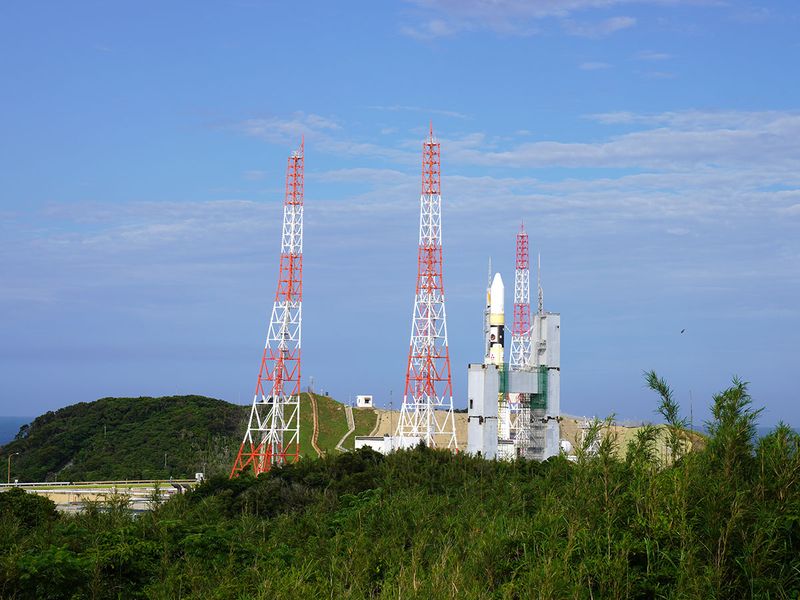 ABU DHABI, 19th July 2020 (WAM) - The rocket that will carry the UAE Hope Probe is now placed on its launch pad, ready for carrying out the first Arab interplanetary mission to Mars, which is scheduled for July 20th, Monday, at 1:58 am (UAE time).

A post in the Hope Mars Mission's Twitter account reads: "The Hope Probe is all set to start its journey, while its destination, Mars, stares back at us in a clear night sky. This is history in the making."

Addressing a pre-launch media briefing today, Omran Sharaf, the project manager of the Emirates Mars Mission, said that few hours from now, the Probe will take-off from Tanegashima Space Centre, Japan, aboard a Mitsubishi H-IIA rocket.

About an hour after the launch, the Probe will separate from the launch rocket. It will launch its solar panels and begin the seven-month journey towards the Red Planet using a propulsion system.

After the separation, Hope Probe will send its first signal from space to the operations room at the Mohammed Bin Rashid Space Centre, MBRSC. The received data will be analysed by the technical team at the Centre.

The Hope Probe is anticipated to enter Mars’ orbit in the first quarter of 2021, coinciding with the UAE's Golden Jubilee celebrations.

For the first time in history, the countdown to the launch of the Mars Hope Probe will be in Arabic.

The Arab world’s first interplanetary mission is run by a team of 200 Emirati engineers. The achievements of the Emirates Mars Mission team, include development of 200 new designs and manufacturing of 66 pieces of the probe components in the UAE.