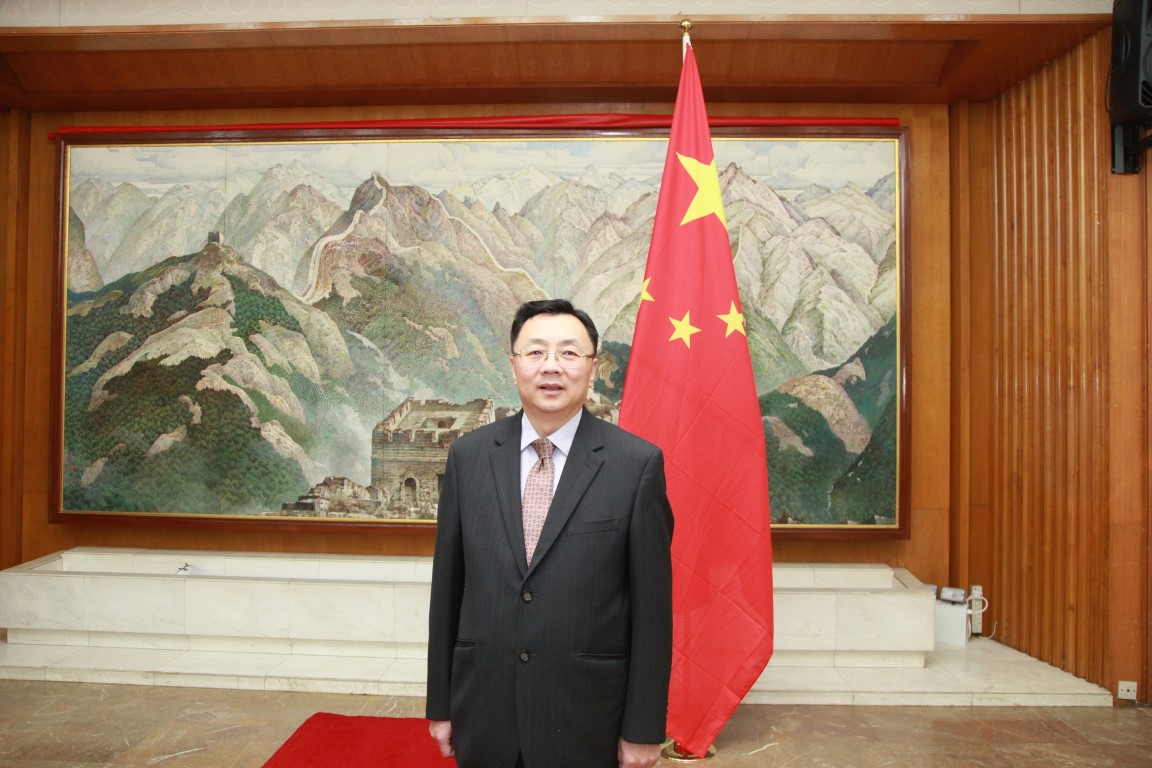 "Being the first Arab state to embark on Mars mission demonstrates the UAE’s significant progress in space technology. On behalf of the Chinese Government, I would like to warmly congratulate the UAE on the successful launch of the Hope Mars Orbiter, and wish the Hope Mars Mission a complete success," said Ni Jian, the Chinese Ambassador to the UAE.

"The successful launch coincides with the upcoming Golden Jubilee of the founding of the UAE. In recent years, China-UAE relations have also entered a "Golden Era," Jian said.

The Hope Probe blasted off from Japan's Tanegashima Space Centre at 01:58 UAE time on Monday. The UAE Space Agency and Mohammed bin Rashid Space Centre have announced that the first transmission from the probe was received at 03:11.

The Probe will travel 493.5 million km over seven months to reach Mars’ orbit in February 2021, coinciding with the UAE’s Golden Jubilee celebrations to mark the historic union of the Emirates.

Once Hope Probe successfully reaches Mars, the UAE will join the exclusive club of nations that have landed on Mars, alongside the US, Russia, the European Union and India.

China is preparing to launch its first Mars exploration mission, Tianwen-1, in late July or early August, according to the Chinese National Space Administration. The fourth Long March-5 rocket, to be used for the mission, was vertically transported to the launching area at the Wenchang Space Launch Centre in south China's Hainan Province on Friday.

The Chinese envoy quoted a statement earlier made by His Highness Sheikh Mohammed bin Rashid Al Maktoum, Vice President, Prime Minister and Ruler of Dubai, as saying, "When human beings have the courage and commitment to transform a dream into reality, there is nothing that can stop them."

"Thanks to the UAE leaders’ great vision and strong support for space exploration, the UAE is making the impossible possible, racing to be a Hi-tech hub and becoming an exemplary model of economic and social development in the Middle East," Jian noted.

China and UAE have maintained close cooperation in aerospace, science and technology among other areas, setting a good example for cooperation between China and Arab states, the diplomat said.

"Both China and the UAE attach great importance to space technology, which provides good opportunities to deepen our cooperation in this regard. China is ready to strengthen space cooperation with the UAE and push for greater progress in China-UAE comprehensive strategic partnership," the ambassador stressed.