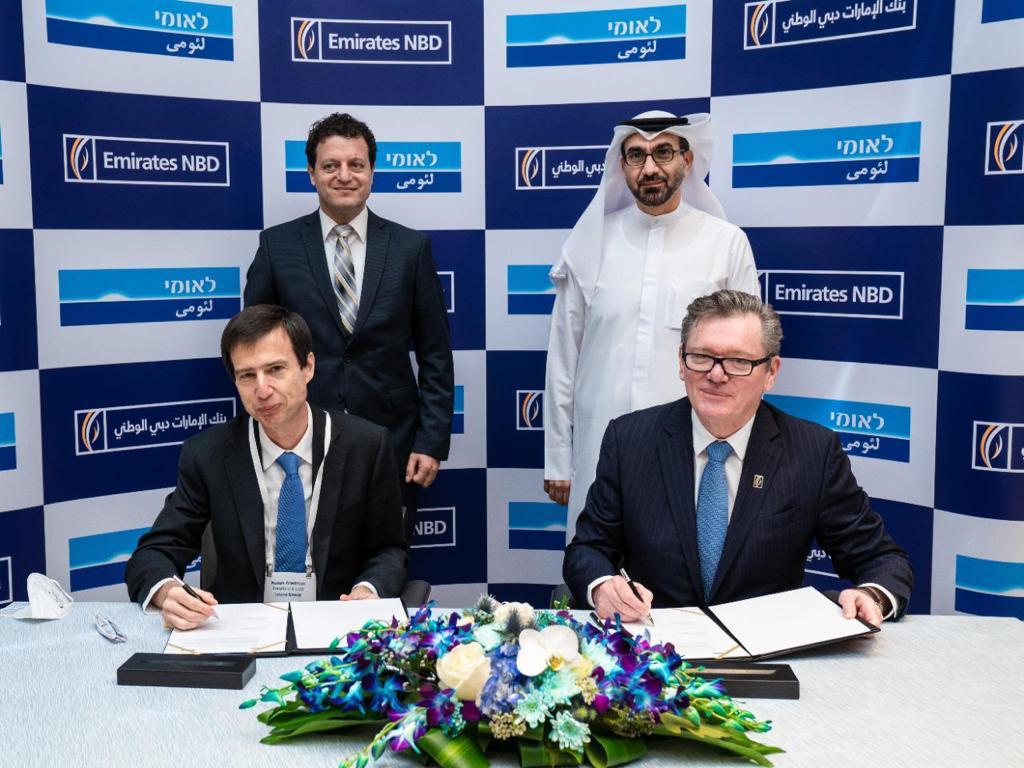 One of Israel’s longest-standing banks, Bank Leumi previously served as the central bank of Israel until 1954. It currently holds an approximate 30 percent market share in the Israeli banking system.

The signing, which marks Emirates NBD’s second agreement with an Israeli bank, follows the start of a broader engagement between the UAE and Israel to further peace, dialogue and stability and promote sustainable development .

Al Qassim said, "We look forward to working together with Bank Leumi to explore areas of mutual economic and commercial cooperation. Our agreement demonstrates a further strengthening of our relationship with Israel’s banking industry, which will benefit our brand, our clients and the UAE economy, through new business and trade opportunities."

Yehia said, "We congratulate Israel’s government for the breakthrough in strengthening our relations with the UAE. However, now is the time for implementation and for opening the economic channels that will ensure the realisation of the enormous potential between the two countries. The agreement signed today with Emirates NBD is building the foundations on which future large-scale cooperation between the business sectors of Israel and the UAE will emerge."