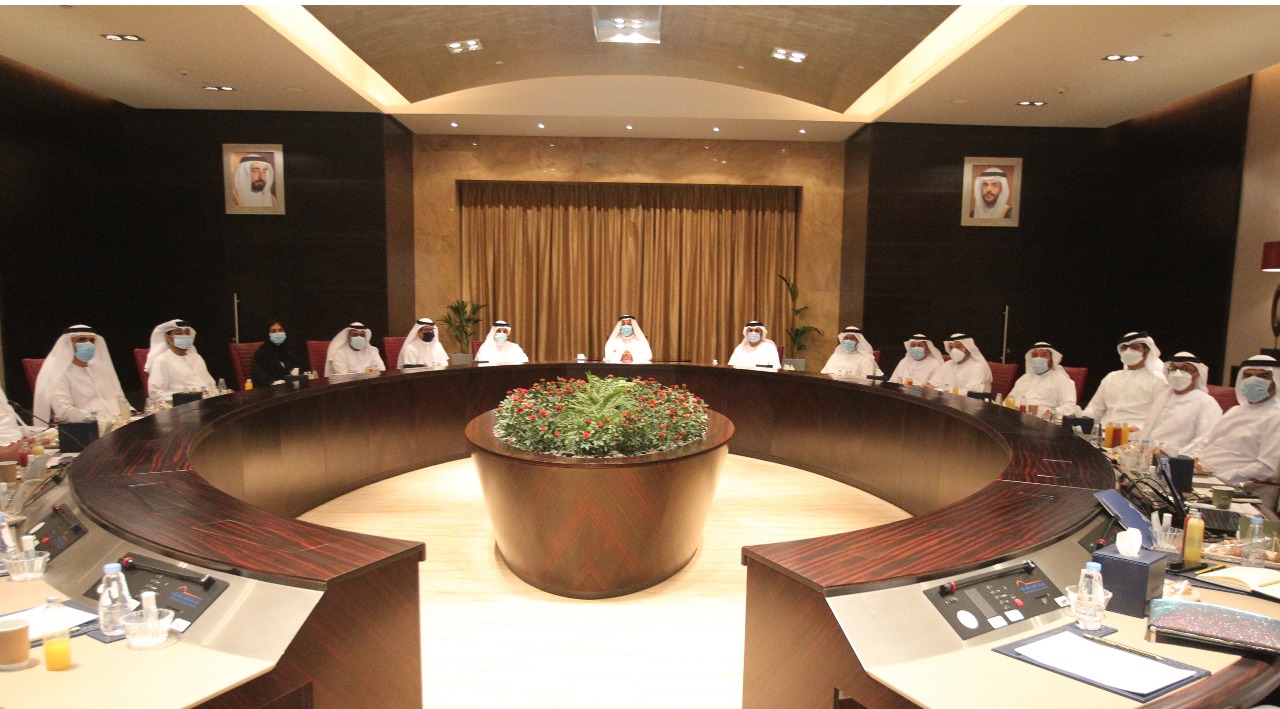 SHARJAH, 26th September, 2020 (WAM) -- The Board of Directors of the Sharjah Chamber of Commerce and Industry, SCCI, lauded the directives of H.H. Sheikh Sultan bin Mohammed bin Sultan Al Qasimi, Crown Prince and Deputy Ruler of Sharjah, which were adopted by the Sharjah Executive Council in terms of resuming activities of the exhibitions and conferences held under the management of government authorities.

The board members also expressed their confidence in the decisions of the wise leadership and its exceptional management of the COVID-19 crisis, stressing the importance of the comeback of the exhibitions and conferences sector to drive the economy and provide a positive contribution to other relevant sectors.

The meeting touched on the SCCI’s most important achievements over the past months as per the approved action plan. This includes the surge in the new and renewed membership rate and the launch of the Sadder (export) Fund, the first of its kind fund across the Emirate of Sharjah for financing export operations, as well as the outstanding success of "Sharjah Shopping Promotions."

The meeting also commended the accreditation of Sharjah Training & Development Centre as a certified training centre by the Sharjah Private Education Authority and the renewal of the Integrated Management Systems Certification (ISO 9001: 2015), ISO environmental management system (ISO 14001: 2015), and the ISO Occupational Health and Safety Certification (ISO 45001: 2018) at the SCCI and its affiliated institutions.

"What has been achieved during this crisis, especially the hike in membership rates, reflects the remarkable business environment in Sharjah, thanks to the wise visions and directives of H.H. Dr. Sheikh Sultan bin Muhammad Al Qasimi, Supreme Council Member and Ruler of Sharjah, who has provided unlimited support and care for the SCCI, enabling it to fulfil its mission and serve the interests of the business community and private sector," Al Owais said.

He called for continuing efforts to provide Sharjah’s business community with the necessary support, as well as developing the Chamber’s digital system to guarantee the smooth functioning of businesses.

Al Awadi highlighted what has been achieved during the past months, such as the expansions of Expo Al Dhaid due to its role in fostering commercial traffic in the central region and the role of the SCCI’s sectoral business groups in following up closely on the conditions of various economic sectors.

He also shed light on the work progress in the investment ventures by the SCCI to pave the way for a stimulating business environment, including the infrastructure development project for the 10th industrial zone which will reconstruct the whole area and to provide the best services for the individuals.