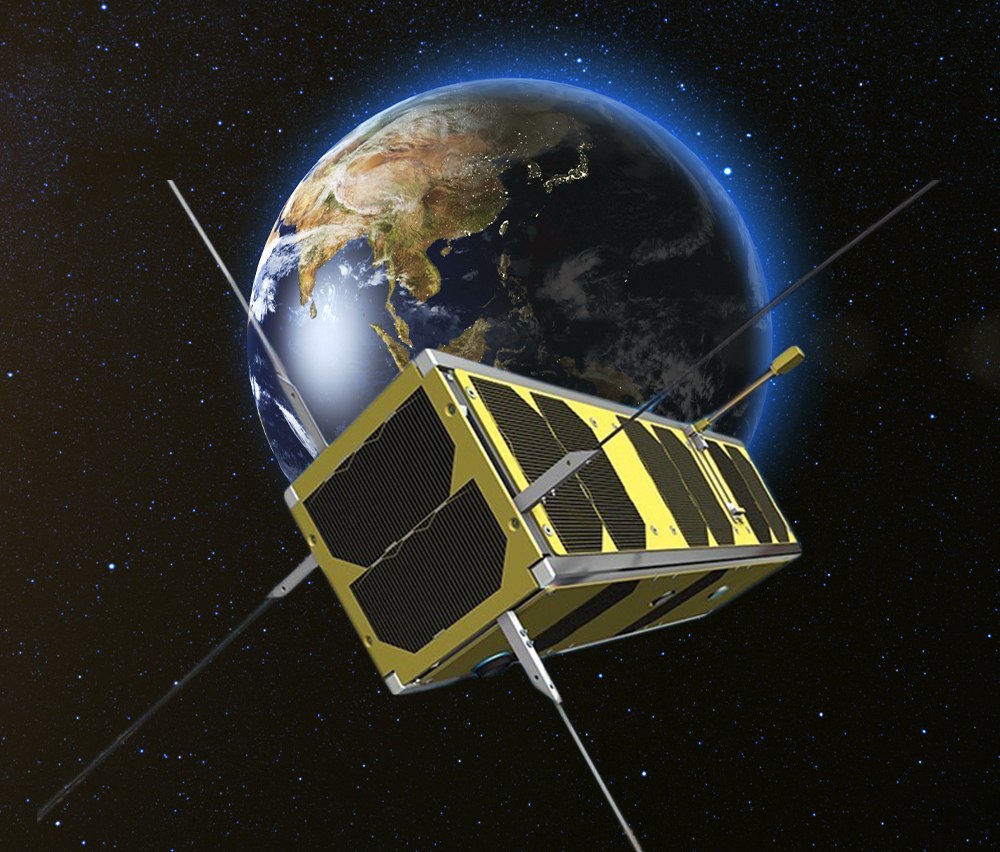 The MeznSat project contributes to the UAE Space Agency’s strategic objectives to develop national capabilities and enhance scientific research. Developed by students from the Khalifa University and the American University of Ras Al Khaimah (AURAK), MeznSat is a 3U CubeSat built to detect Greenhouse Gas (GHG) concentrations.

The project aims to offer the UAE space industry with qualified well-trained graduates through hands-on experience. In addition, MeznSat opens windows for advanced space-oriented research relevant to the UAE.

The satellite will be launched on the Russian Soyuz Rocket. Once in orbit, the team of students will then monitor, process, and analyse the data from the ground station in YahSat Space Lab at Khalifa University as well as a ground station in AURAK.

"Climate change has widely been attributed to the increase in GHGs in the atmosphere as a result of human activities. The impacts of climate change are expected to include shortage of water quantity and quality in most arid and semi-arid areas, and low agricultural productivity throughout the tropics and subtropics, accompanied by damage to ecosystems and biodiversity in these areas, and changes in forests and other ecosystems. The State of the Environment (SoE) Report for Abu Dhabi highlighted key vulnerabilities associated with climate change, principally sea-level rise coastal flooding; increased salinity of coastal aquifers; impacts on the marine environment; heat stress; built environment impacts; more extreme weather events (floods, droughts, etc.); increased risk of dust storms; and risk from airborne contaminants (e.g. pesticides)," the UAE Space Agency said on its website.

"Carbon Dioxide and Methane are the two most prevalent Greenhouse gases. Both emissions (methane and carbon dioxide) have to be addressed and monitored in order to effectively reduce the impact of climate change.

"As a result, the primary scientific objective of this project is aimed at exploring the performance of sensing in the shortwave infrared (SWIR) region (1000–1650 nm) to detect the levels of CH4, CO2, and H2O in order to derive the atmospheric concentrations of important GHGs. This mission follows the previous missions like CanX-2, SathyabhamaSat, etc.

"The secondary/tentative scientific objective is to predict algal blooms in advance. The performance of sensing in the shortwave infrared (SWIR) region (1000–1650 nm) in combination with the RGB camera will be explored to estimate the concentration of total suspended matter (as a proxy for nutrients in water) in the coastal waters of the Arabian Gulf to predict an algal bloom in advance, to facilitate precautionary measures."