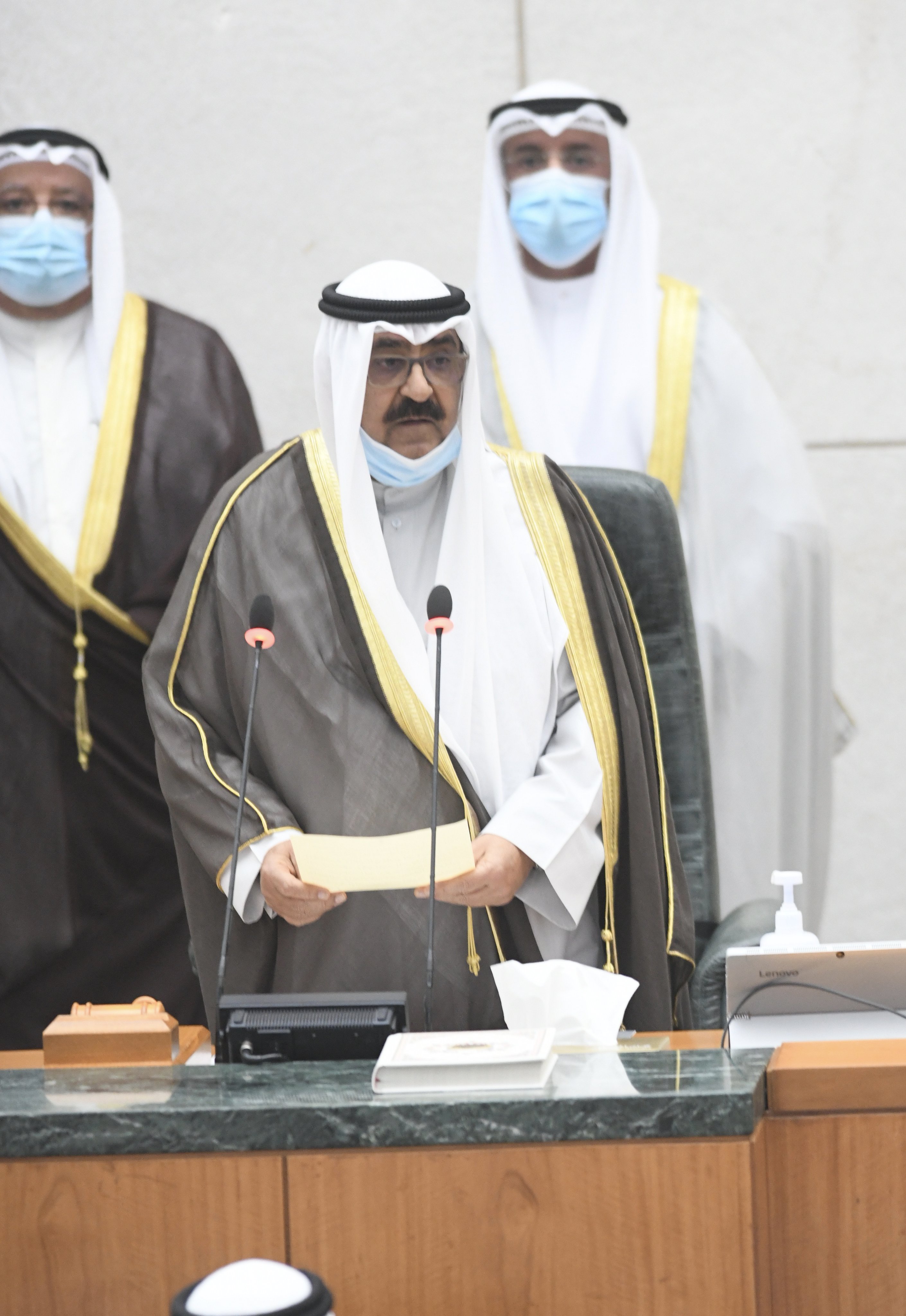 "I swear by Almighty Allah to respect the Constitution and the laws of the State, to defend the liberties, interests and properties of the people and to safeguard the independence and territorial integrity of the country and be loyal to the Amir," Sheikh Mishal said.