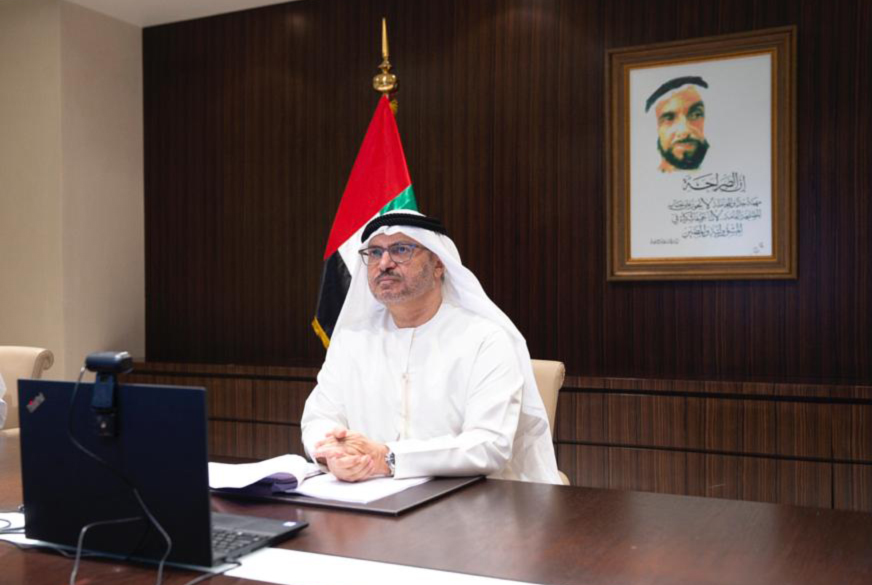 ABU DHABI, 22nd October, 2020 (WAM) -- The Second Government Forum Against Trafficking in Persons in the Middle East was hosted by the UAE virtually from 19th and 20th October.

Dr. Anwar bin Mohammed Gargash, Minister of State for Foreign Affairs and Chairman of the National Committee to Combat Human Trafficking, opened the forum by emphasising the importance of coordinated regional and international efforts to combat organised and cross-border crime.

Dr. Gargash stressed that the convening of the forum during the COVID-19 pandemic was itself a signal of the commitment of participating states to continue to work diligently and as a matter of priority to protect victims of human trafficking.

Ministers and senior officials from Saudi Arabia, Bahrain, Oman, Kuwait, Egypt and Jordan participated in the forum, in addition to the United States and the United Kingdom. Representatives from the United Nations Office on Drugs and Crime and the International Organisation for Migration also took part in the forum.

Heads of delegations related their individual experiences, as well as efforts undertaken by their respective states to fight human trafficking, and the challenges their countries faced in protecting victims in the midst of a global pandemic.

Forum sessions addressed legislation enacted to prosecute traffickers, and the mechanisms adopted to protect potential victims, particularly in the area of forced labor.

"Cooperation between countries must be sustainable in order to tackle this crime, and this is also best way to achieve Sustainable Development Goals for 2030", said Sarah Thornton, UK's Independent Anti-Slavery Commissioner.

John Richmond, US Ambassador for Monitoring and Combating Human Trafficking, expressed his gratitude to the UAE for hosting the forum, which coincides with the 20th Anniversary of the UN Protocol to Prevent, Suppress and Punish Trafficking in Persons. He underscored governments’ role in adopting the necessary control, protection and prevention efforts to prevent human trafficking.

In conclusion, the forum adopted a number of recommendations to support regional and international cooperation. The Kingdom of Bahrain hosted the First Government Forum against Trafficking in Persons in the Middle East in Manama from 14th to 16th October, 2019. Saudi Arabia is expected to chair the forum’s third session next year.