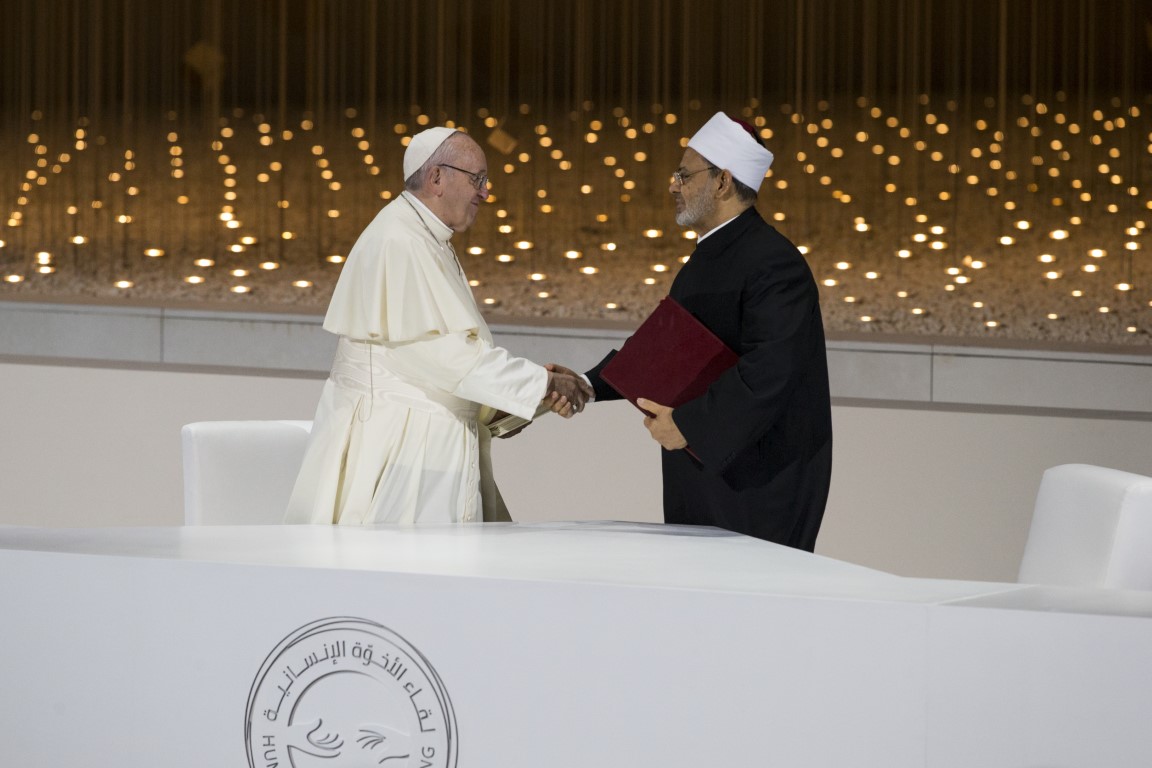 ABU DHABI, 25th October, 2020 (WAM) -- Patriarch Bartholomew I, Archbishop of Constantinople, has praised the signing, by His Holiness Pope Francis, Head of the Catholic Church, and His Eminence Dr. Ahmed El Tayeb, Grand Imam of Al-Azhar, of the Human Fraternity Document, which is a key milestone in the efforts aimed at reinforcing interfaith dialogue.

He made his statement during his meeting with Mohamed Abdul Salam, Secretary-General of the Higher Committee of Human Fraternity, held yesterday at the Vatican.

Patriarch Bartholomew I pointed out that the speeches by Pope Francis and Dr. El Tayeb during the International Peace Meeting, organised by the Community of Sant’Egidio, were a clear call for fraternity and denounced the linking of religion to terrorism.

He also lauded the committee’s initiatives, as well as the keenness of the Patriarchy of Constantinople to cooperate with the committee, while expressing his pleasure with the UAE’s efforts to promote tolerance and human fraternity, stating, "I am happy with the patronage of President His Highness Sheikh Khalifa bin Zayed Al Nahyan and His Highness Sheikh Mohamed bin Zayed Al Nahyan, Crown Prince of Abu Dhabi and Deputy Supreme Commander of the UAE Armed Forces, of the Human Fraternity Document."

Abdul Salam expressed the committee’s appreciation for the efforts of Patriarch Bartholomew I in promoting dialogue and human fraternity initiatives, while highlighting the keenness of the committee to involve him in its projects.

He also stressed that Al-Azhar integrated the document into its curriculum, which is studied by over two million students, noting that the UAE and the Vatican have done the same.