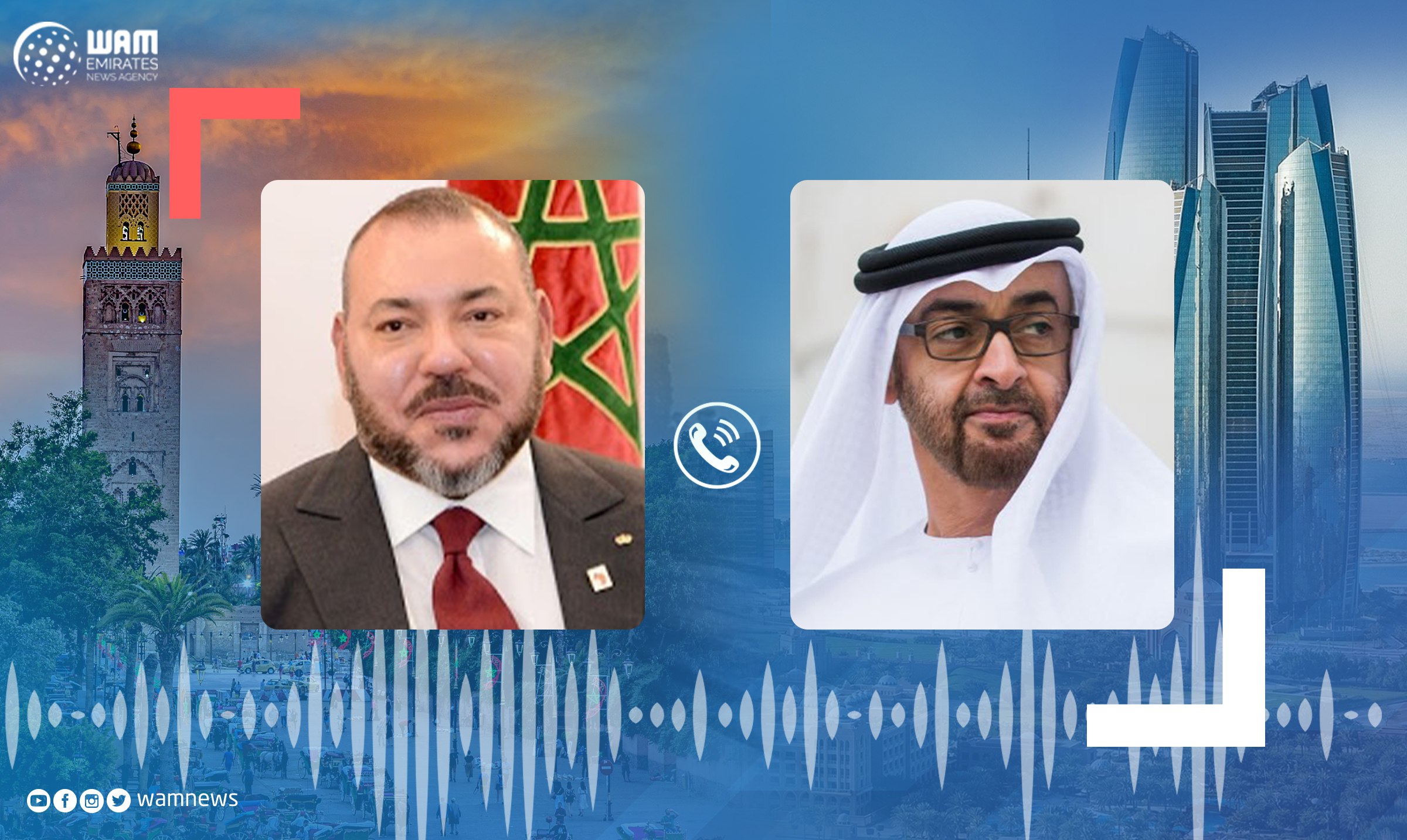 ABU DHABI, 28th October, 2020 (WAM) -- His Highness Sheikh Mohamed bin Zayed Al Nahyan, Crown Prince of Abu Dhabi and Deputy Supreme Commander of the UAE Armed Forces, has announced the decision to open a Consulate-General in the city of Laayoune, a Moroccan province.

During a phone call with King Mohammed VI of Morocco, Sheikh Mohamed said the decision was "an embodiment of the UAE's firm stance with the Kingdom of Morocco in its just causes at regional and international platforms."

The Moroccan King expressed his heartfelt thanks and appreciation to Sheikh Mohamed for this important historic decision in support of the Kingdom's territorial integrity, especially as the UAE also participated in the "Green March".

The King also expressed his deep pride in the UAE being the first Arab country to open a Consulate-General in the southern provinces of the Kingdom, which he said embodies its firm position in defending Morocco’s legitimate rights.

King Mohammed VI added that he was not surprised by the move as the UAE leadership are no strangers to championing just causes.

Sheikh Mohamed expressed his appreciation for the leadership of King Mohammed VI, emphasising the bonds of brotherhood and joint cooperation between the two countries.