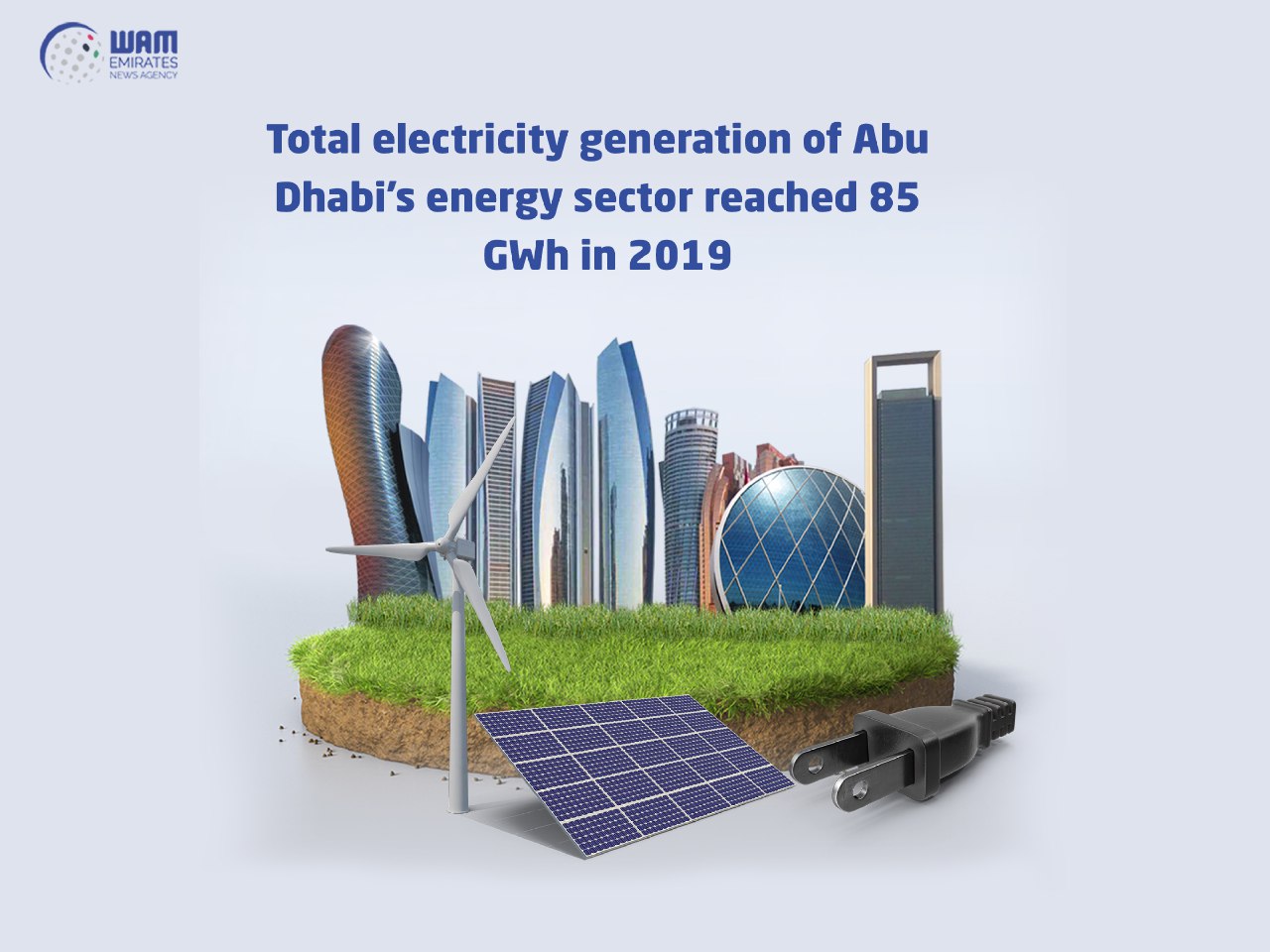 The department, which is responsible for regulating the UAE capital’s energy sector, also revealed that the total available electricity generation capacity was 17,636 Megawatts, MW, in 2019, an increase of 6 percent from 16,623 MW in 2018.

Sultan Naser Al Shkeili, Energy - Pricing & Tariffs Director at DoE, said: "The electricity sector is of fundamental importance within the energy ecosystem in Abu Dhabi, as it is the main engine for operations in all sectors, especially industrial and residential. Abu Dhabi is witnessing an increasing demand for electricity as a result of the emirate’s sustained economic growth. This requires us to develop more policies regulating the electricity sector – policies that guarantee the provision of services of the highest quality and efficiency at all times."

He added: "Abu Dhabi’s electricity sector is characterised by durability, high flexibility, and a large production capacity that can meet the needs of all sectors. In order to continuously enhance the sector’s capacity, we are committed to promoting the use of modern technology in the various stages of electricity production and distribution and through enhancing infrastructure, including facilities and buildings. We are also counting heavily on generating energy from renewable and clean sources in order to enhance our efforts to achieve sustainability across the entire energy sector in Abu Dhabi."

Demand for electricity in Abu Dhabi continued to grow during 2019 driven by a slight increase in system demand in the emirate and a higher increase in demand resulting from exports to the Northern Emirates (also known as global demand). In 2019, global electricity demand in Abu Dhabi peaked at 15,223 MW on June 18, with Abu Dhabi system peak reaching 11,179 MW and exports to the Northern Emirates reaching 4,220 MW – an increase of 0.89 percent and 3.5 percent respectively from the previous year.

With regard to electricity generation technologies in Abu Dhabi, DoE revealed the percentages of energy generated through different technologies over the 12-month period. Combined Cycle Gas Turbines (CCGT) contributed 85% of the total energy produced, with the share of co-generation stations, Co-gen, and open cycle gas-turbine being 13 percent. Renewables from SHAMS and Noor accounted for around 2% of the electricity generation mix in Abu Dhabi.

DoE confirmed that the share of clean energy will continue to grow in the coming years in light of the Barakah Nuclear Energy Plant. Located in the Al Dhafra Region in Abu Dhabi, the plant - with its planned commissioning in 2021 - will generate up to 1,400 MW of electricity when fully operational. With its four APR1400 reactors, the Barakah Nuclear Energy Plant will be one of the most technologically advanced nuclear reactor designs in the world and will meet the highest international standards for safety and performance.

The department also pointed out that it is natural gas that is the predominant fuel type used within the sector to generate electricity and produce water in Abu Dhabi. Both Abu Dhabi National Oil Company, ADNOC, and Dolphin Energy Limited, DEL, continued supplying the sector with natural gas throughout the year without the need to burn any back-up fuel (more than the regular amounts used to carry out operational tests to maintain liquid fuel supply system ready on standby). It reported that both ADNOC and DEL delivered around 796,289,326 MBTU of natural gas to the sector in 2019, which is 3 percent less than the previous year’s figure of 820,751,096 MBTU.

DoE also highlighted that the emirate has 468 primary substations and 36,004 distribution stations, while the length of electricity cables and overhead lines is 71,640 km and the number of electricity connected customers are 543,950. It also indicated that ADDC and AADC own and operate the medium voltage network (33 - 22- 11kV) transporting electricity from the transmission system to homes and businesses across the emirate.