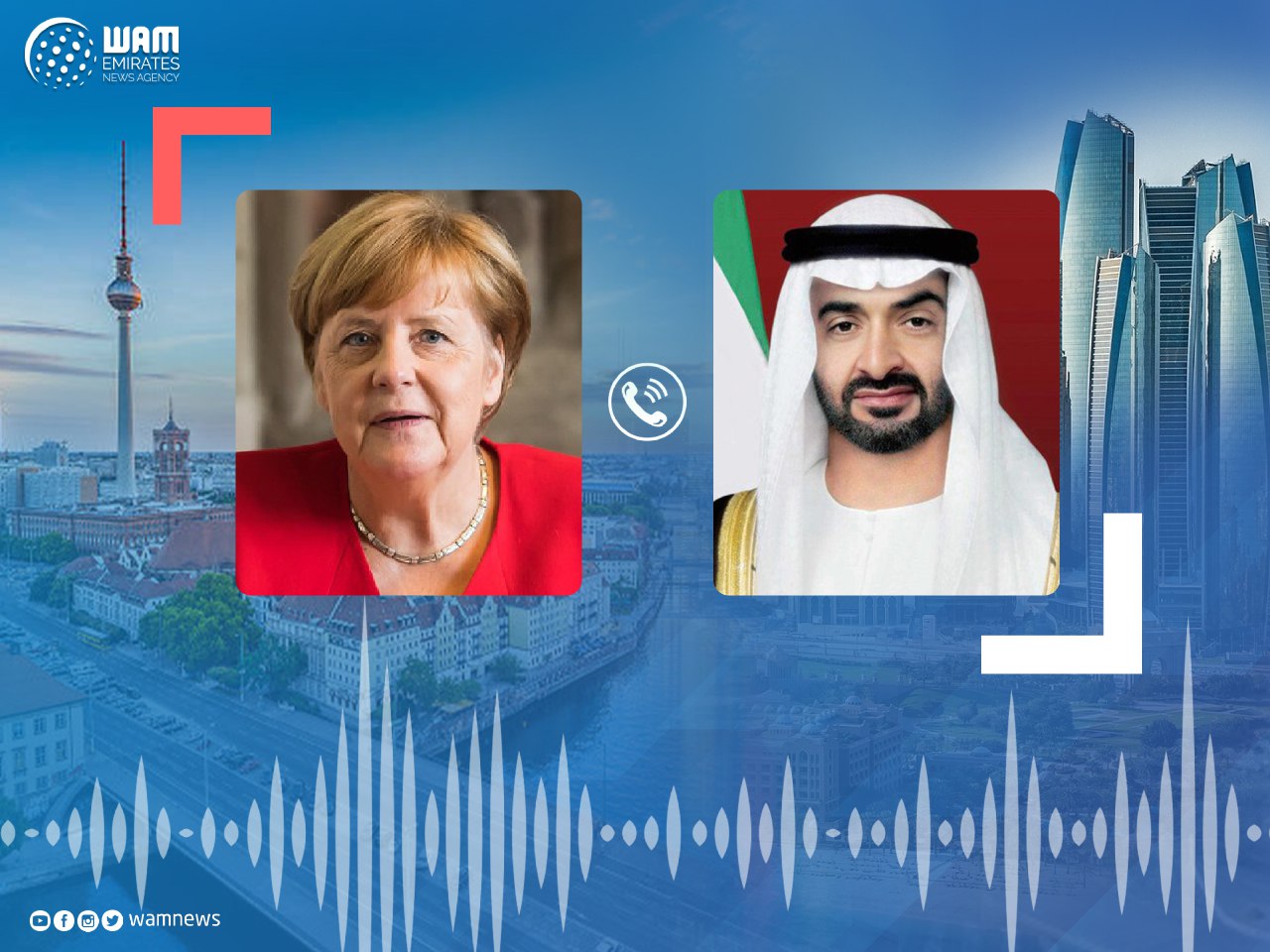 Sheikh Mohamed and Merkel emphasised their rejection of extremism and terrorism in all their forms and the importance of boosting international action to confront them, intensifying joint efforts to support and encourage dialogue between religions and cultures at the regional and global levels.

During the call, they reviewed the latest developments in the Middle East and the Mediterranean region, as the two sides stressed their support for settling differences through dialogue and peaceful means.

H.H. Sheikh Mohamed and Chancellor Merkel discussed the latest developments in the COVID-19 pandemic in the two countries and the world, the importance of strengthening international action to address it, and contain its effects currently and in the future.