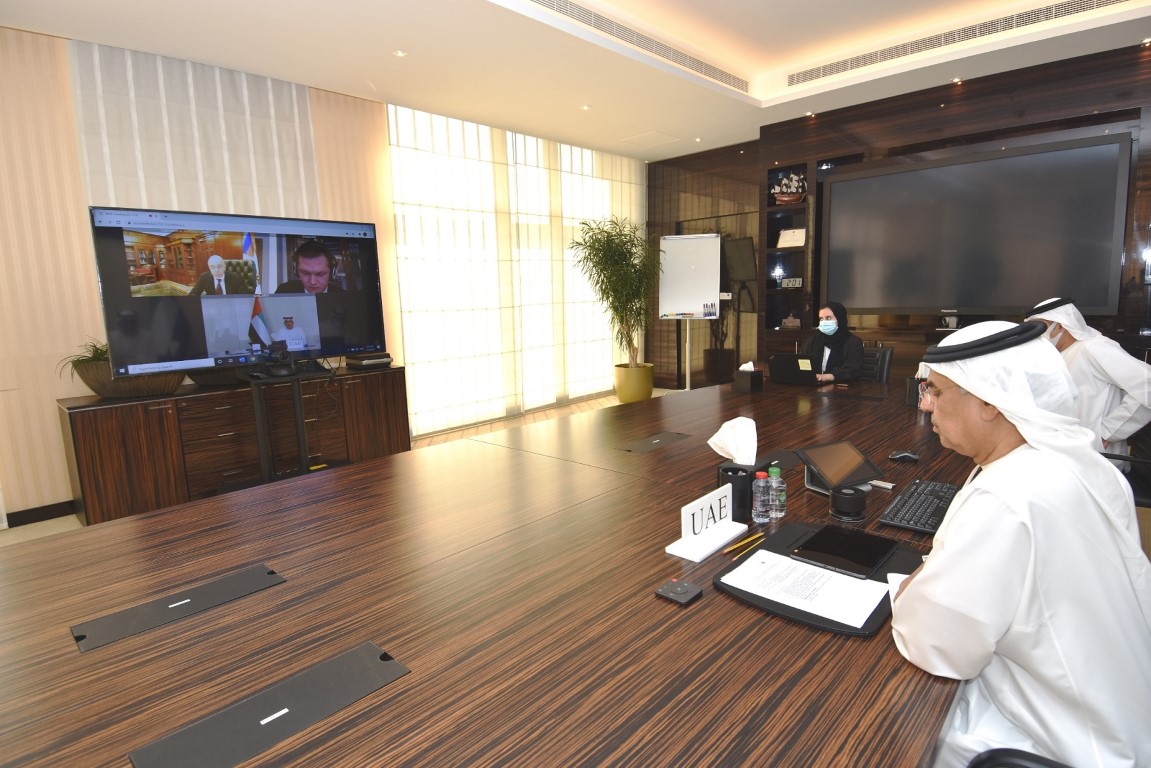 The meeting discussed ways to strengthen bilateral relations between both countries in financial, trade and investment fields. Also discussed during the meeting was the UAE’s participation in the G20 Global Partnership for Financial Inclusion, GPFI.

Al Tayer said, "The Ministry of Finance is keen to bolster strategic partnership between the UAE and Russia, by continuing dialogue and joint coordination in various fields of common interest, to create new areas of cooperation that contribute to promoting economic growth between the two countries."

He thanked Russia for its cooperation and support with regards to the UAE’s participation in the G20 GPFI programme in the coming years, as a member outside the G20.

He noted that the UAE’s priority for participating in the GPFI is addressing the barriers to financial inclusion through technologies, and implementing the cross-border payment plan, which includes remittances.

With regards to cooperation and partnership in trade and investment fields, both ministers discussed ways of facilitating Russian tourism and businesses in the UAE. Also discussed during the meeting was the UAE’s completion of the process of reviewing the draft legislation to regulate the issuance and offering of crypto-assets – which was led by the UAE’s financial market regulator, the Securities and Commodities Authority.

The UAE has formed a dedicated Fintech team to facilitate the implementation of financial technology initiatives, including Initial Coin Offerings.

FinTech is becoming an area of greater importance to the UAE, considering its significant role in the UAE market.

In 2019, two UAE start-ups raised almost US$210.5 million in token sales, accounting for almost 25 per cent of the total funds raised globally. The UAE has also developed a White Paper on Stablecoins, which sheds light on the importance of (1) Developing an agreed-on definition for Stablecoins; and (2) The design principles for a successful monitoring framework for Stablecoins implementation.

Non-oil trade between the UAE and Russia grew eight per cent during 2019, reaching $3.7 billion.