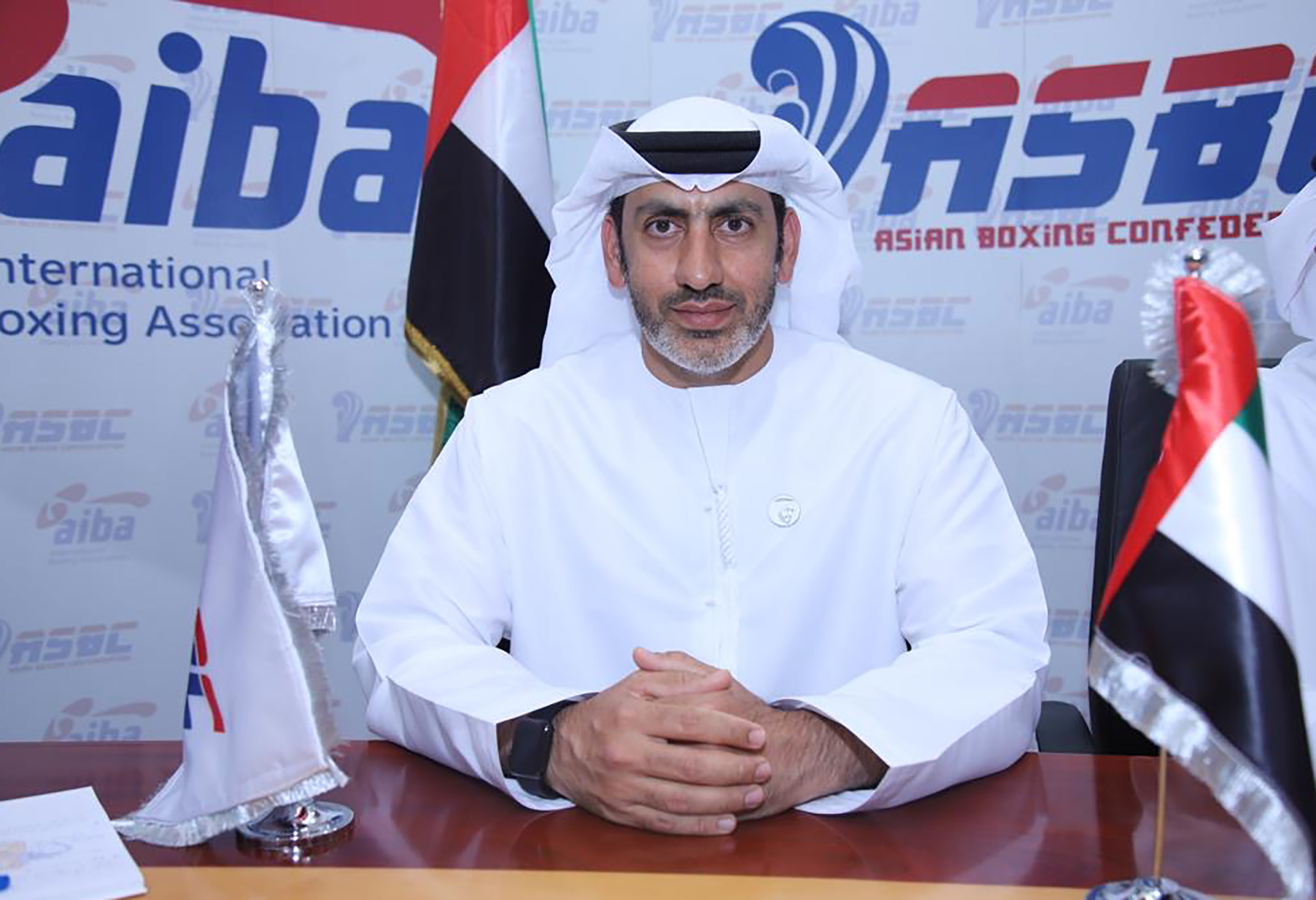 ABU DHABI, 12th November, 2020 (WAM) -- The International Boxing Association, AIBA, Elections Committee, headed by Chilean Bernhard Welten and with the membership of Catherine Ordway and Francois Strydom, announced the final list of nominees for the election of the association’s president.

The elections are set to take place remotely via video conferencing to choose the international head of the sport on 13th December, 2020.

Al Otaiba stated that he responded to the keenness of officials from national federations in Asia and Africa and the rest of the world, and decided to take part in the election.

In his first statement after his decision, he said, "The UAE Boxing Federation has always intervened at critical times in the interest of the sport, and we have hosted more than just an international congress in Dubai."

"I am delighted to feel the people’s trust in me, and I am aware of the challenges facing the association. I am confident that through hard work, honesty and everyone’s cooperation, we can realise our goals and lead international and national federations to achieve the aspirations of all people who belong to boxing," he added.

On efforts to revitalise the boxing sport and mend AIBA's relations with the International Olympic Committee (IOC), following its suspension because of issues with its governance, ethics and finances, Al Otaiba said: "We need complete transparency in the way we are running our sport. We need to listen and we need to be fair to all member nations."

"We need to work harder, smarter and with agility by seizing the last opportunity of AIBA’s rebirth provided by the IOC," he added.

Al Otaiba has significant experience in sports management, most notably in boxing, over his long career at the UAE Boxing Federation and the Asian Federation Executive Office. He then held the Presidency of the Asian Boxing Confederation, and has been working in his current role at the AIBA since November 2018.