SZBA announces longlist for 'Translation' category for its 15th edition 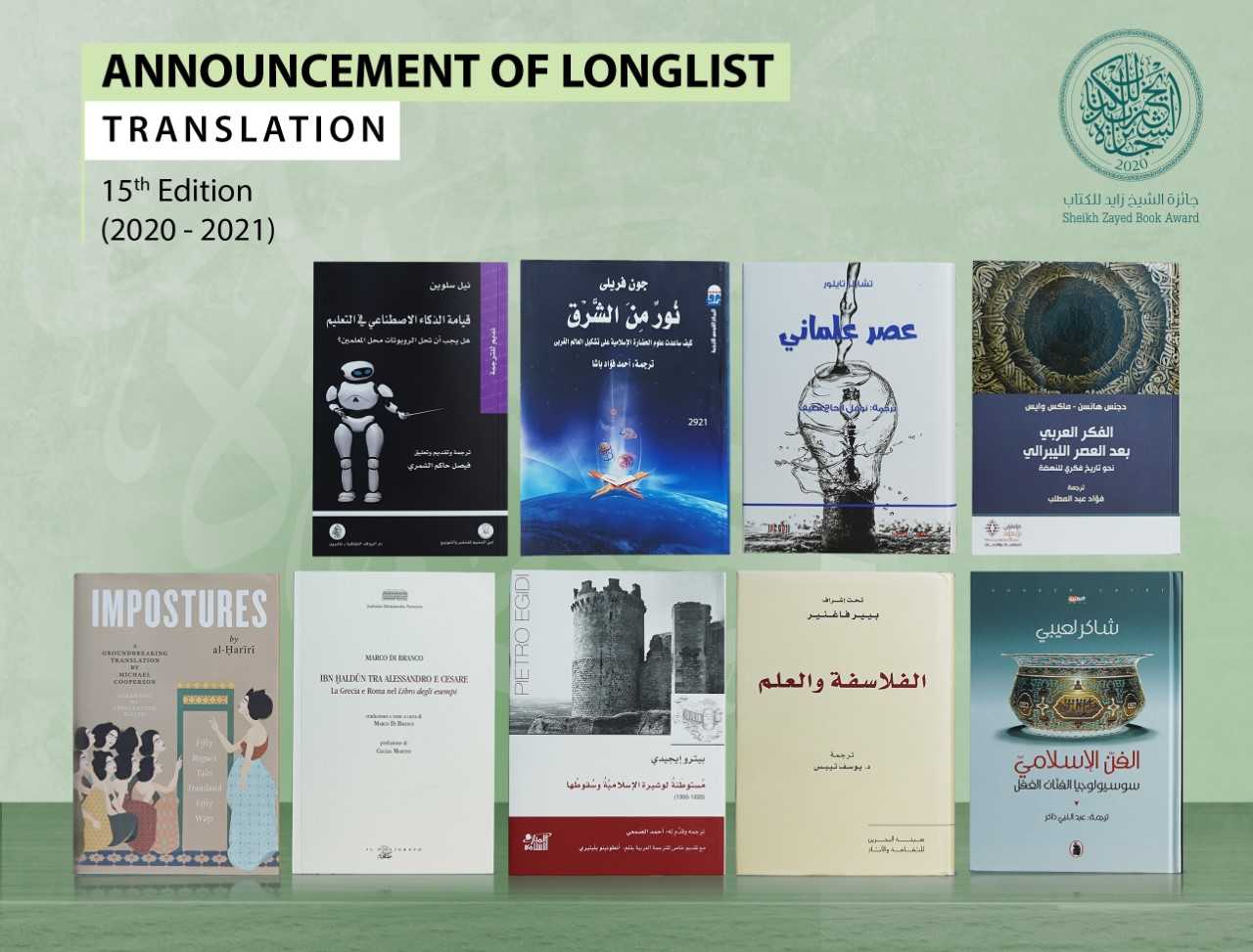 The Translation longlist for 2020/2021 contains nine titles translated from Arabic, English, French and Italian, representing the works of translators based in Morocco, Tunisia, Saudi Arabia, Egypt, Syria, Italy and the USA.

The English language has the highest number of selections, with five books in total – one translated from Arabic into English and four translated from English into Arabic: Impostures by Al-Hariri and translated to English by Michael Cooperson from the USA; Arabic Thought Beyond the Liberal Age: Towards an Intellectual History of the Nahda by Jens Hanssen and Max Weiss, and translated by Dr. Fuad Abdulmuttaleb from Syria; A Secular Age by Charles Taylor and translated by Naoufel Haj Ltaief from Tunisia; Light from the East: How the Science of Medieval Islam helped to shape the Western World by John Freely and translated by Ahmed Fouad Basha from Egypt; andShould Robots Replace Teachers? A.I. and the Future of Education by Neil Selwyn and translated by Faisal Hakem Al-Shammari from Saudi Arabia.

The Sheikh Zayed Book Award will be revealing the longlists of the remaining categories over the coming weeks, commencing the second phase, when the panel of judges will evaluate the longlisted books. The panel will then share its reports with the Scientific Committee, which will review the books and announce the shortlists to be evaluated by the Board of Trustees in order to select the winners.