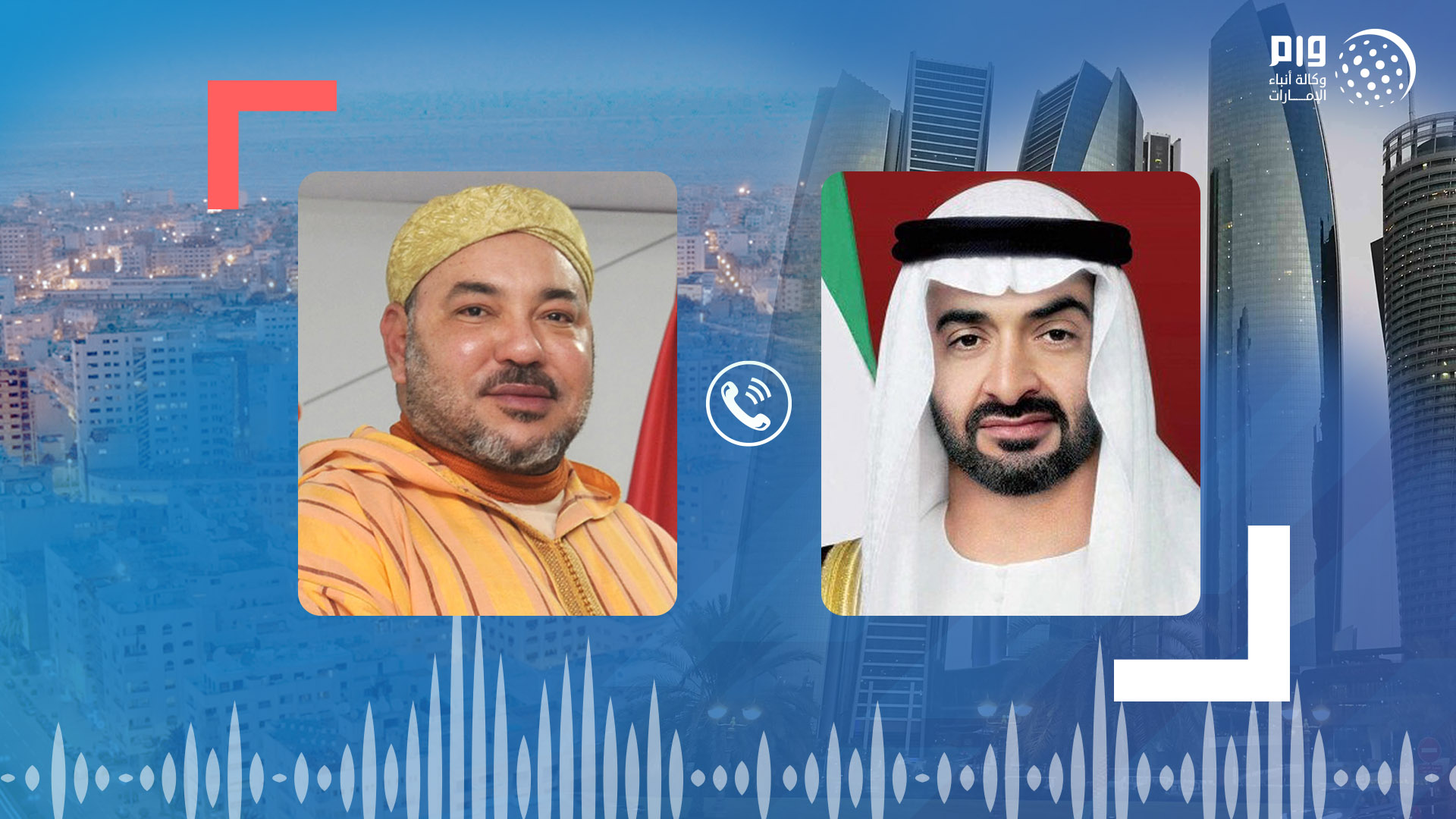 ABU DHABI, 10th December, 2020 (WAM) -- His Highness Sheikh Mohamed bin Zayed Al Nahyan, Crown Prince of Abu Dhabi and Deputy Supreme Commander of the UAE Armed Forces, received a call from HM King Mohammed VI of Morocco, wherein they reviewed the prospects of further consolidating the fraternal relations to the best interests of the two nations and their peoples.

Sheikh Mohamed and King Mohamed VI discussed during the call a number of issues and topics of common interest and exchanged views over the latest regional and international developments.

Sheikh Mohamed welcomed the US recognition of the Kingdom's sovereignty over the Moroccan Sahara and its decision to resume official contacts and diplomatic relations with Israel. He stressed that these positive steps will consolidate the common quest for stability, prosperity, and peace in the region.

For his part, the Moroccan King expressed sincere thanks to Sheikh Mohamed for his genuine stance supporting the sovereignty of Morocco on various levels. He reaffirmed his pride of the long-standing fraternal relations between the UAE and Kingdom of Morocco and their determination to grow cooperation across all fronts.

The conversation falls in line with the constant coordination and consultations between the two countries’ leadership over various issues and topics for the common good of the region and its prosperity.