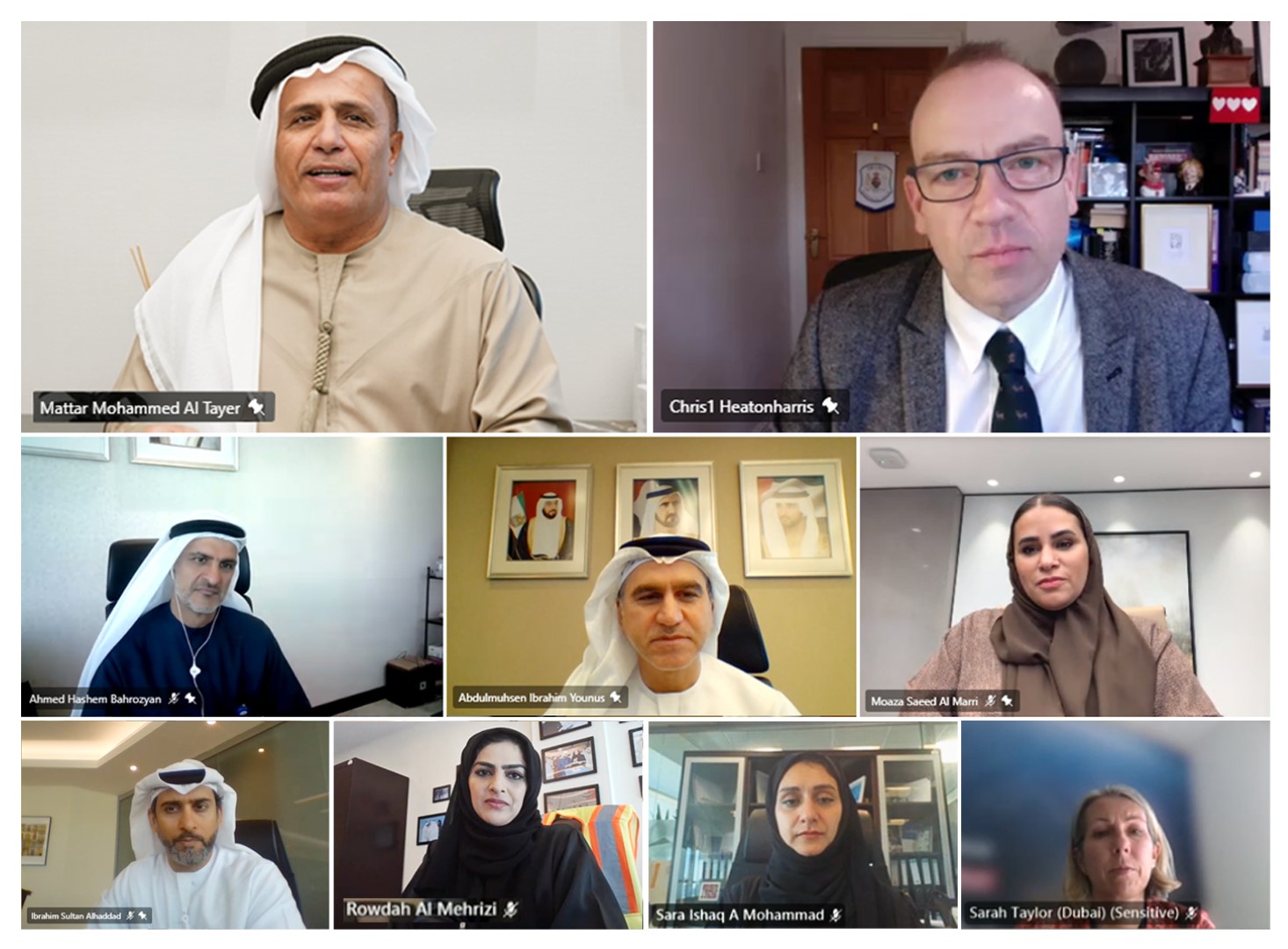 DUBAI, 30th December 2020 (WAM) - Mattar Mohammed Al Tayer, Director-General, Chairman of the Board of Executive Directors of the Roads and Transport Authority (RTA), has held a remote video meeting with Chris Heaton-Harris, Minister of State for Transport, UK.

The meeting discussed means of boosting cooperation and sharing expertise between RTA and its counterpart in the UK in matters related to the safety of mobility during the Covid-19 pandemic. They also explored the future projects that the RTA is considering to undertake, especially those offering potential solutions to current mobility issues.

Discussions covered the cooperation between RTA and British companies as well as the latest developments of coronavirus and its implications on the public transport industry. They also reviewed the future measures to restore the business and enhance the sustainability of public transport.

On the other hand, Chris Heaton-Harris commended the excellent relationships between the two parties and the involvement of British companies in delivering projects for the RTA. He expressed hope for boosting such cooperation and exchanging expertise in the interest of the two parties.

The meeting was held in the presence of Abdul Mohsen Ibrahim Younes, CEO of Rail Agency; Ahmed Hashim Bahrozyan, CEO of Public Transport Agency; and Moaza Al Marri, Executive Director, Office of RTA Director-General, Chairman of the Board of Executive Directors; and several directors of RTA.